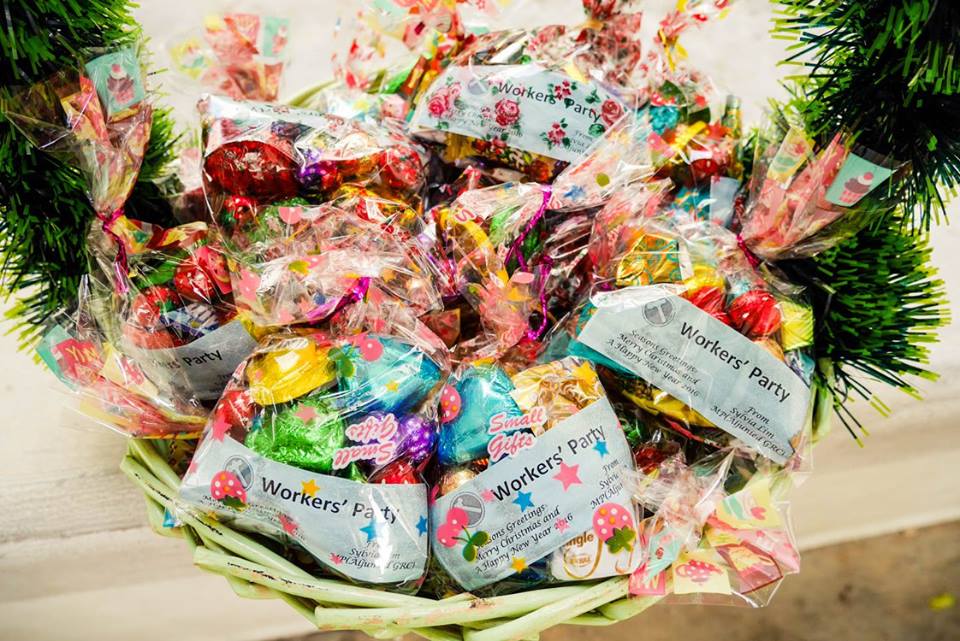 A certain fanpage of a political party has been accusing the MPs of the Workers’ Party for the “total darkness” in Aljunied GRC during this Christmas season.

The fanpage had posted the video here, which it claims is from a resident:

“Had complained to the Aljunied town council yesterday (24 Dec) and today (25 Dec) but nothing was done. Look! It’s so dark and it’s the basketball court located at Blk 135 Serangoon North Ave 2 plus the garden, barbecue pit surrounding it all in total darkness. Isn’t it dangerous?

Tomorrow the RC will be organising an event at this basketball court. Wondering how to proceed ? Is it deliberate lights off? it’s already not the first time. The residents suffered lights off abruptly midway during Hwi Yoh Court RC lantern Festival celebration last year scaring children and elderly”

Without paying much attention to such negativity, the WP MPs have been quietly spreading the Christmas cheer in their ward.

Ms Sylvia Lim and her grassroots volunteers in Serangoon Division for example, were on 17 December at a Christmas Party organised by youths from a church, for the beneficiaries of Willing Hearts. Willing Hearts is a welfare group which operates a soup kitchen that prepares, cooks and distributes about 4,500 daily meals to the needy, 365 days a year. At the event, a willing Heart beneficiary presented Ms Lim a banner to appreciate her. Ms Lim and her team have been distributing free lunch pack from Willing Heart for almost 3 years at Serangoon Avenue 4.

Ms Lim also visited residents living in HDB rental flat on 20 December to wish the residents and to distribute gift bags of sweets and chocolates.

WP MP in-charge of Kaki Bukit Division, Faisal Manap in the meantime organised a Christmas Party at the void deck of one of his flats. Describing how every one, from children to adults had fun, the MP and his team wished his residents “Merry Christmas!”