Prime Minister Lee Hsien Loong’s wife Ho Ching is back in the news for her sloppy styling. This time, netizens are criticising the CEO of Temasek (Singapore’s sovereign wealth fund) for her “disgraceful” dressing at what appears to be a formal event, that many Singaporeans have likened to a “maid’s attire”.

In the picture above, Ho Ching stands in sharp contrast to the other people in the picture who are wearing formal suits. Even her husband is dressed in a black suit, as she stands apart in a green outfit.

Although it is unclear exactly where or when the picture above was taken, the photo has been trending online since it was shared on social media by Facebook users Jeanie Tifinny Tara and Jafri Basron, yesterday afternoon.

Netizens responding to the photo, which is emblazoned with the caption “Singapore PM’s wife in maid attire when everyone’s in suits and ties,” appear to be exasperated with her poor dressing sense: 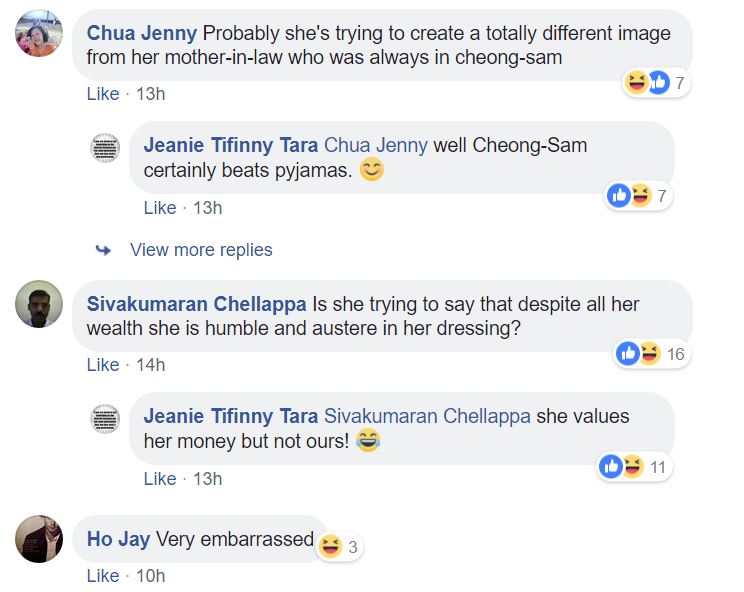 This isn’t the first time Ho Ching has drawn flak for her “sloppy” styling. In May this year, the outfit she wore, as she accompanied PM Lee to congratulate Dr Mahathir on his election win in Malaysia, was highly criticised and was even parodied on stage by local artist Ivan Heng.

In October last year, Ho Ching drew criticism when she was spotted wearing a pair of sandals when she accompanied her husband on his official visit to the United States of America to meet with US President Donald Trump at the White House:

In early August 2016, netizens were quick to point out the difference in dressing between former US President Barack Obama’s wife, Michelle Obama and Ho Ching, when PM Lee and his wife were invited to a state dinner at the White House: 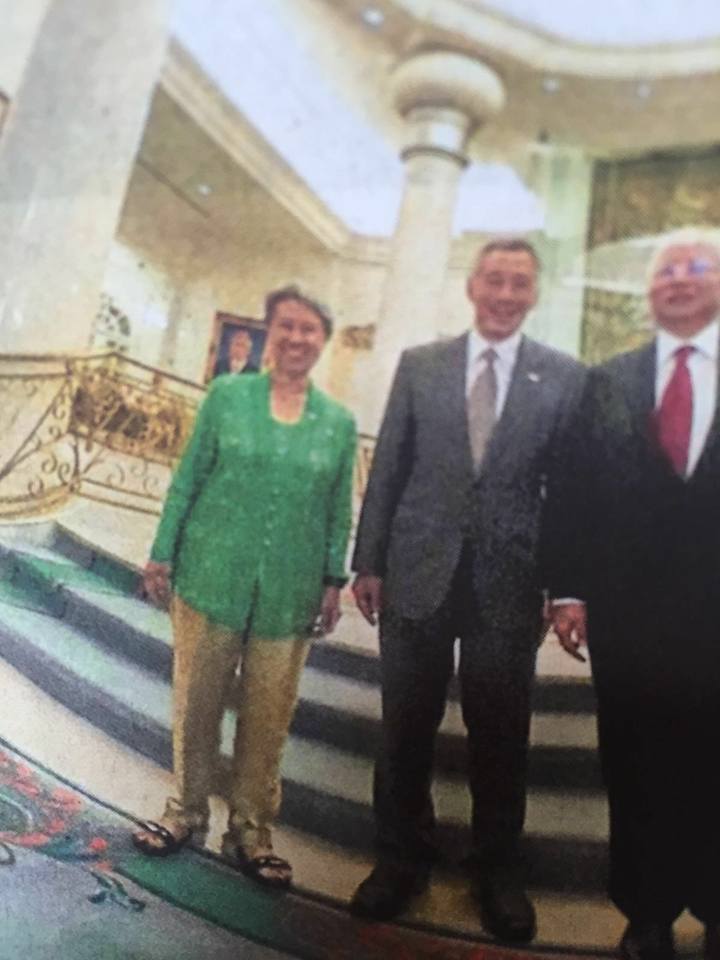