HDB announced on Oct 30 that it has launched a tender to install and operate about 6,000 digital screens in lifts and lobbies much to the dismay of many Singaporeans

HDB, a Government statutory board under the National Development Ministry, announced yesterday (30 Oct) that it has launched a tender to install and operate about 6,000 digital screens in lifts and lobbies, as part of the Government’s Smart Nation initiative.

Interestingly, the digital displays are not meant to replace traditional noticeboards but is designed to complement the existing boards.

The digital panels, which are built by a joint venture between Singapore Press Holdings and a China-based firm, will feature news, information from government agencies and community organisations as well as commercial advertisements.

While some have praised the initiative, several Singaporeans have slammed HDB’s plans and have said that the installation of digital displays in common areas is “unnecessary” and “useless” since many lift users are usually engrossed in their mobile devices.

Pointing out that the project could contradict the Government’s promises to fight climate change, Singaporeans said that the initiative is both a “waste of electricity” and a “waste of money” and wondered who would be bearing the costs of the panels and the costs to operate and maintain it.

Some also said that the money used to fund these digital displays could be better used while others said that the initiative could make the already warm elevators even warmer: 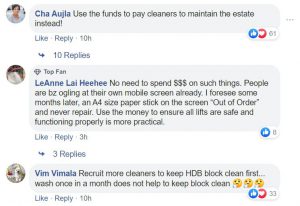 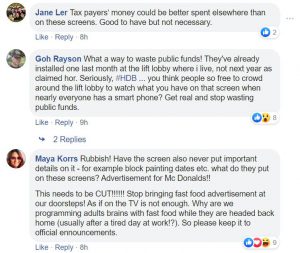 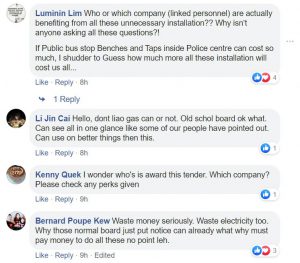 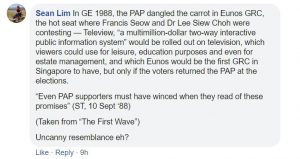 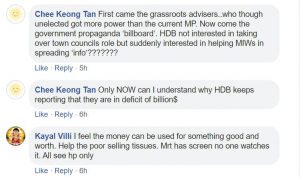 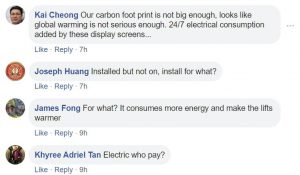 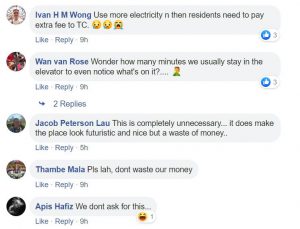 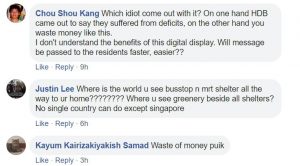 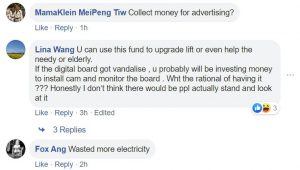 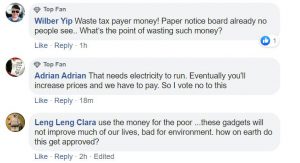 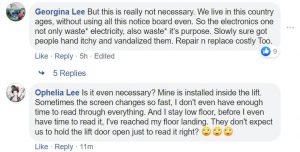 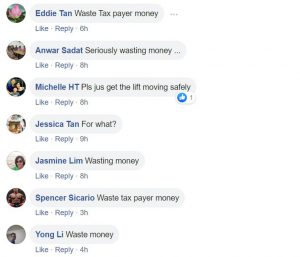