The Independent News
Home News Featured News Goh Chok Tong appears to be making another dig at the Workers'...

"I used to host tea sessions for prospective PAP candidates. Now, new MPs host dinners for me. But no free meals, I assure you," said Mr Goh cryptically

Former Prime Minister Goh Chok Tong seemed to make yet another dig at the Workers’ Party (WP), on Saturday afternoon (7 Nov). Sharing a photo of himself having dinner with four first-term PAP MPs, the recently retired politician wrote on Facebook:

“I used to host tea sessions for prospective PAP candidates. Now, new MPs host dinners for me. But no free meals, I assure you.”

Some observers felt that the somewhat cryptic remark was yet another dig at the opposition, especially since Mr Goh made a similar comment on social media after sharing a meal with civil servants last month.

He wrote on Facebook on Sept 9: “My former Principal Private and Press Secretaries lunch with me regularly. Like me, they are concerned about the future of Singapore. They take turn (sic) hosting. I will host too so as not to be a free rider. Or worse, a free loader.”

The retired ruling party politician was making reference to the debate on ‘free riders’ that erupted in Parliament between his successor, current PM Lee Hsien Loong, and WP chief Pritam Singh.

In his first speech in the 14th Parliament of Singapore, PM Lee had used the term ‘free riders’ to describe voters who cast their ballots for the opposition while hoping that other voters would vote to keep the ruling party in power, since they do not actually want a change in Government. Claiming that this was the wrong thing to “teach people,” he said:

“If you say vote against the Government because somebody else will look after getting the PAP Government and you just become a free rider, and you vote opposition, no harm, the PAP will still be there, then I think the system must fail.

“Because the system can only work if people vote sincerely, honestly, in accordance with what they really want, and to produce the result, which matches their true intentions, and if they vote tactically, the consequences must be one day, they will get the result, which they mark the x for, but which they did not intend.”

WP chief and Leader of the Opposition Pritam Singh challenged Mr Lee’s view and said: “I don’t think the residents of Aljunied, Hougang for 30 years now, and even Sengkang, as a result of the results of the last election, would appreciate being called free riders.”

Asserting that voters cast their ballots for the opposition because they “know an opposition in Parliament is ultimately good” for Singapore, Mr Pritam said:

Mr Lee acknowledged that Mr Pritam has a “desire to do right by Singapore” and said, “I think it is good for Singapore that you have honest people in the opposition, people who believe in what they are trying to do. People who will stand up and fight for their ideals and, from time to time, disagree very strongly with the government. I think that is entirely reasonable.”

Despite this, Mr Lee was firm on his view about free riders. Asserting that voters will end up with a government they do not want if everyone votes for the opposition thinking someone else will vote for the ruling party, he said:

“But if you say, vote for me, somebody else will vote for the PAP, and therefore the PAP will be the Government, that the economists will call a free rider. It means that you are taking advantage of somebody else who is doing their duty of electing a government for the nation.” 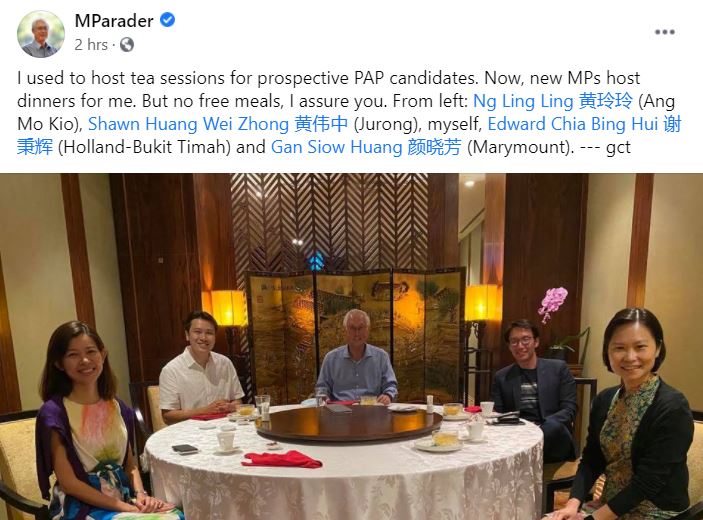