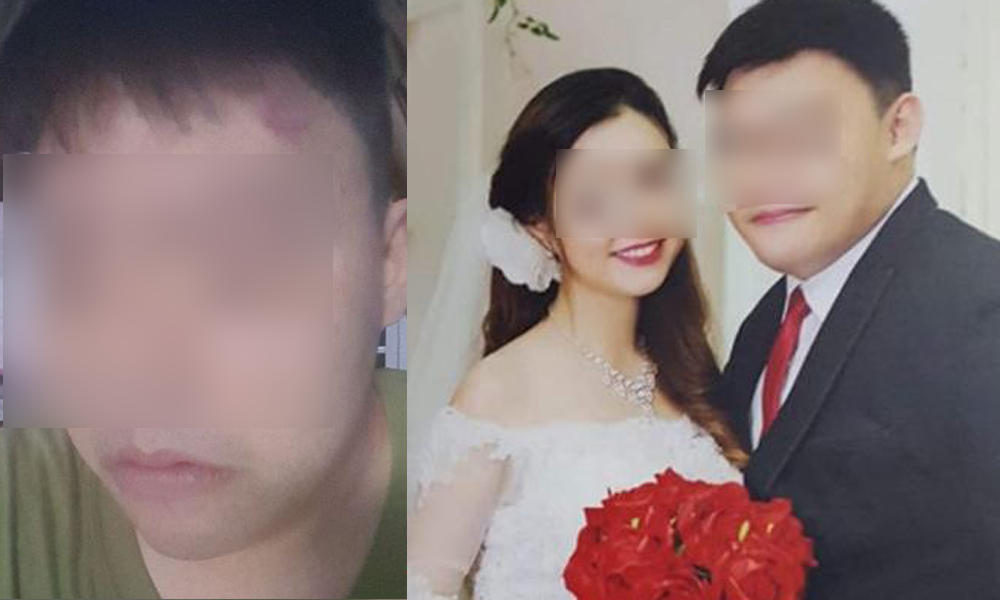 A 30-year-old Singaporean man who married a “gentle” Vietnamese woman was in for a tragic shock when his life partner started making his life into a living hell, barely a year into their marriage.

Speaking to the Chinese daily, Mr Shen revealed that he met his wife on Facebook four years ago, in 2014. Then 26-year-old, Mr Shen, soon flew to visit the woman in Vietnam and a whirlwind romance unfolded. The happy pair were wed by the end of the year.

The happy times, however, did not last. Mr Shen said: “3 years ago she had bad temper tantrums when pregnant. At that time she was already hitting me with the broom sometimes. I thought she was uncomfortable because she was pregnant so I bore with it.”

The physical abuse, however, continued even after their son was born. This August, things came to a head when Mr Shen’s wife beat him with a clothes rack:

“In August this year, I was washing clothes when my wife suddenly attacked me with a clothes rack. She yelled at me, saying ‘You don’t know how to wash the clothes and they’re not clean, might as well don’t wash.’ I felt embarrassed because the neighbour heard her.”

Mr Shen further claims that his wife always pesters him for hundreds of dollars: “I earn S$1400 a month. Sometimes because I can’t give her the money because I am also feeling the pinch. Then she will get mad.”

Besides the physical abuse, the woman also allegedly carried on an extramarital affair with a colleague at the bread factory she works at.

Revealing that he confronted his wife after seeing her kissing her male supervisor passionately in a car, Mr Shen lamented that instead of admitting to the affair, his wife falsely accused him of domestic abuse and called the police on him:

“After she got home, she was furious and quarelled with me then ignored me for the whole day. When I pushed her, she called the police. Later when the police officers came, she showed them some marks on her neck and said I caused those marks.”

Mr Shen’s wife bailed him out of jail after he spent a night in the police lock-up.

This was the last straw for Mr Shen. He immediately took his son and moved out of the house, moving in with a friend instead. Mr Shen also applied for a Personal Protection Order (PPO) against his wife.

The couple are presently in the midst of divorce proceedings and are fighting a custody battle for their son.

Mr Shen’s wife, however, told reporters a different story. Claiming that her husband does not work to support their family, Mr Shen’s wife said that she if forced to take from the monthly rent the pair receive from renting out one of the rooms in their flat to provide for her son and herself:

“At that time we were in love, I left my hometown and came to Singapore. But my husband is not hardworking, he doesn’t want to do his work well, but I never look down on him and even try my best to help to support the family.

“My husband doesn’t give me allowance, that’s why I take S$5 everyday from the monthly rent to prepare 3 meals for myself and my son.”

Aggrieved, Mr Shen’s wife claims that she has no idea why her husband would treat her in this manner.