FT doc with unaccredited degree allowed to practise here, given PR and chance to study postgrad 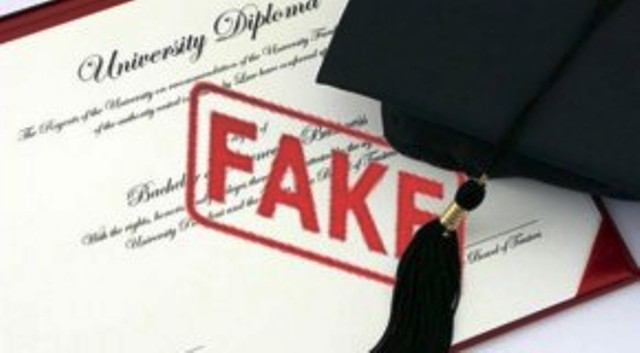 ST reported today that the government has decided not to appeal against Dr Hnin Wai Hlaing from Myanmar for producing fake medical certificates to SMC and SGH (http://www.straitstimes.com/singapore/courts-crime/doc-cleared-over-fake-certs-prosecution-drops-appeal).

In the previous trial, based on the testimony of a witness, a Myanmar Medical Council’s (MMC) official, the judge agreed with the defence that there could have been an administrative lapse on the part of MMC. The judge said that just because Dr Hnin was not on MMC’s registration list did not mean her certificates were fake.

It has been reported previously that to circumvent the shortages of doctors in Singapore, the Singapore Medical Council (SMC) appears to be resorting to issuing “temporary” license to foreign doctors from unaccredited 3rd-world medical schools to work here (https://theindependent.sg.sg/smc-issuing-temporary-license-to-foreign-doctors-with-unaccredited-degree-to-work-here).

According to SMC’s own website, for doctors with foreign medical degree, only those who graduated from any of the below approved list of overseas medical schools are recognised by SMC:

However, for those who do not meet this criteria “may apply for temporary registration”, said SMC.

Dr Hnin was reported to have graduated from the University of Medicine in Yangon, which is not found in the above accredited list of medical schools. In fact, only 5 third world countries have some of their medical schools approved by SMC. They are China (8 schools), India (9 but 1 was deleted), Malaysia (2), Pakistan (1), Sri Lanka (1).

In addition to Dr Hnin, other doctors who graduated from University of Yangon were also given “temporary registration” by SMC to practise in Singapore. For example, 2 doctors from Myanmar were given “temporary registration” to work as medical practitioners in Ng Teng Fong General Hospital in Jurong (https://theindependent.sg.sg/smc-issuing-temporary-license-to-foreign-doctors-with-unaccredited-degree-to-work-here).

Furthermore, foreign doctors who graduated from unapproved Philippines’ medical schools have also been found practising at our polyclinics (https://theindependent.sg.sg/foreign-doctors-with-unapproved-medical-degree-found-working-in-polyclinics). They were all given “temporary registration” by SMC.

Dr Hnin given PR and chance to study postgrad in Singapore

Dr Hnin came to Singapore in 2008. She subsequently worked in SGH, which later found out that she was not registered with MMC, as part of the criteria to get “temporary registration” here. SGH terminated her in 2014 and SMC began to prosecute her.

After the prosecution decided to drop the appeal, Dr Hnin was relieved. She told ST, “It was time my suffering ended and I am happy. I am really relieved now. I was very worried because I was uncertain about the appeal.”

ST reported that Dr Hnin was given PR and now works for a pharmacy. She was also given a chance to further her medical training in Singapore and is in the final leg of qualifying for a postgraduate medical degree here.

“I am grateful for the training and experience I have received in Singapore and appreciate the fair justice system here,” she said happily.

It appears that in order to cope with the shortages of doctors in Singapore due to the huge population expansion in the last decade, the government is resorting to recruiting doctors from unaccredited universities from 3rd world countries.

These doctors were given “temporary registration” to practise here, while giving them chance to study at the same time for an accredited postgraduate medical degree, so that they can eventually obtain a full practising licence in Singapore.

So, for the parents who have to spend hundreds of thousands of dollars to get their children study medicine overseas because they weren’t selected by our local medical schools, it may perhaps be easier and cheaper for them to send their children to those unaccredited 3rd world medical schools like University of Yangon instead.