The Independent Singapore News
Home News No Pokemon GO so EP holder lashes out at Singapore as 'effing... 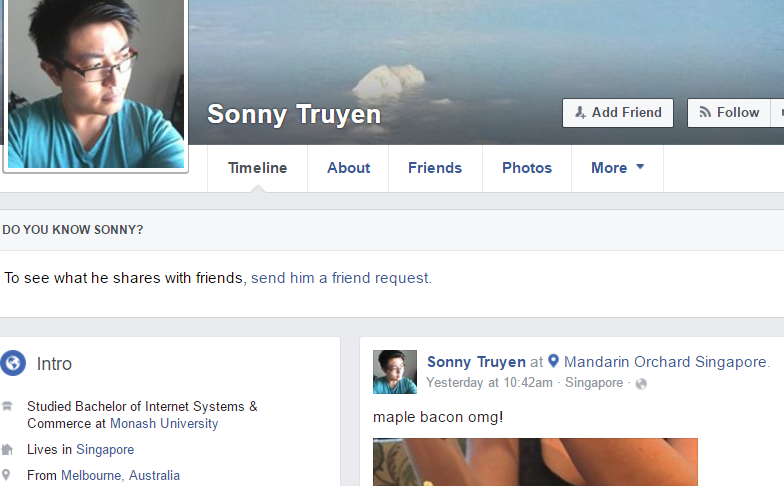 An Australian who according to his Facebook has been working in Singapore for less than a month has lashed out at Singapore as being a “shit country”, just because he cannot get to play Pokemon GO like his countrymen can.

Pokemon GO, is a free-to-play augmented reality mobile game developed by Niantic for iOS and Android devices and has taken much of Australia by storm. Forbes resported today that the game is about to surpass Twitter in daily active users on Andoid. That’s how popular the game is. Pokemon GO isn’t available in a few countries yet, with one of them being Singapore.

The Australian, Sonny Truyen, was soon taken to task by Singaporeans who were outraged by his comment. They even CSIed where he worked.

99.co’s CEO was quick of the mark to diffuse any backlash Sonny may cause his business. He fired him a little after midnight. This is what he said in a local forum Hardware Zone.

“15 years of reading HWZ forum and finally signed up for an account!

And yes i am the one who hired Sonny as an SEO consultant. (and yes, he has been terminated immediately)

Thank you for everyone’s reaction, I am a proud Singaporean too and I apologise for the incident.

IMHO, you have every right to be angry at this incident and Sonny specifically, I am too.

But I also sincerely hope that we would not generalise this to be a sweeping discrimination against Australians or Vietnamese or FT. We are better than that as a society!”

Sonny has since deleted all his social media accounts. But he is of course not the first Australian to make an insensitive comment about Singapore and Singaporeans. There is of course Amy Cheong. Amy, a 38-year-old Australian was given a stern warning by the police over her expletive-filled racist rant in Facebook in the year 2012.

Amy was employed by the National Trades Union Congress (NTUC) as an assistant director of membership before the incident happened. She was fired soon after from her job and moved back to Perth, where she lives.Follow us on Social Media