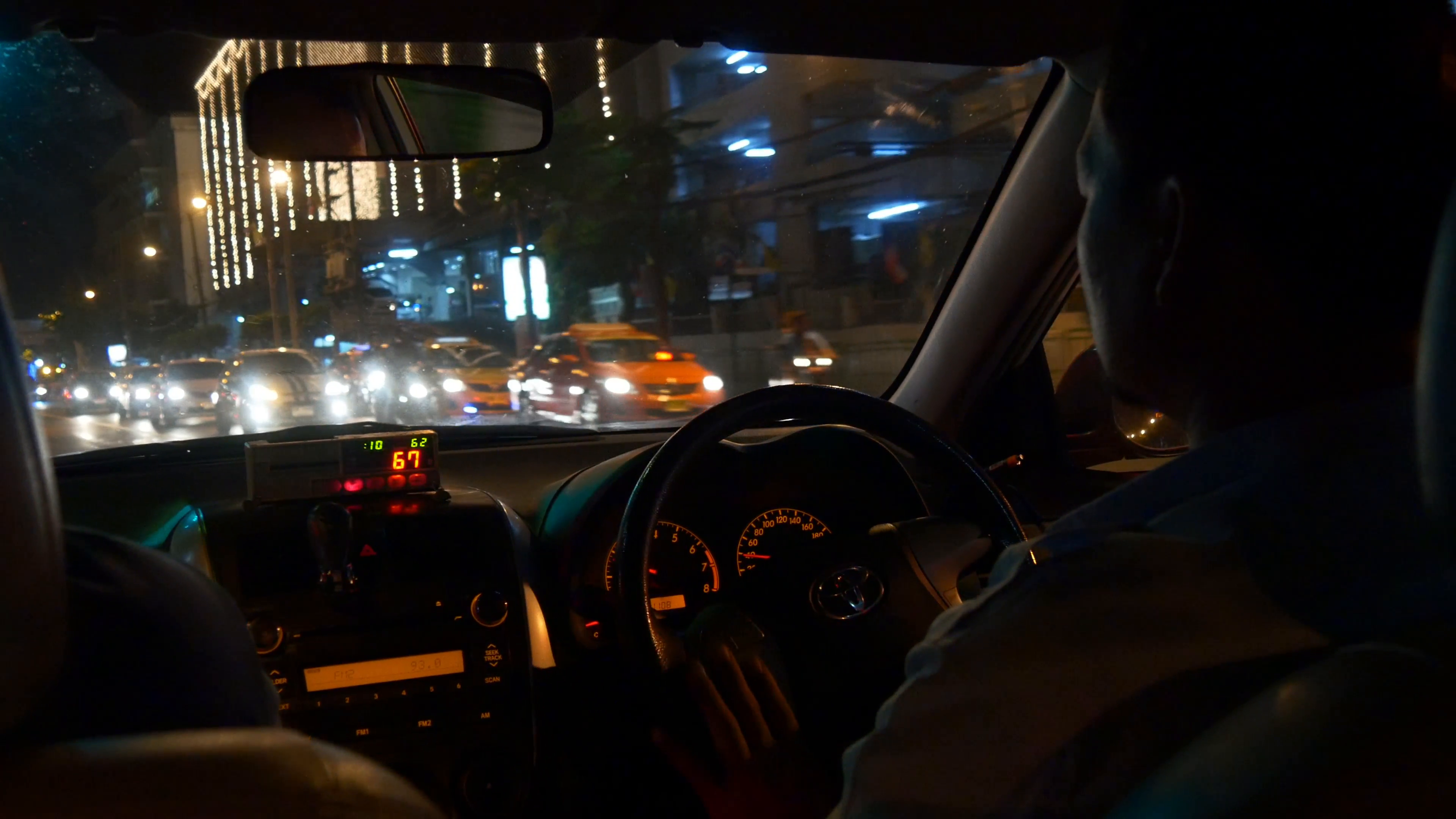 Taxi driver Paul Chua was moved to tears after hearing the story of a passenger who did not have enough money to get back home, this past Saturday.

Chua saw the woman, a sex worker, around 4am on Saturday unsuccessfully trying to flag a cab. The woman appeared ill and did not have enough money to get her back home. Curiousity and compassion got the best of Chua and he decided to help. Chua shared on Facebook:

“It’s 4am tonight, a Saturday night. I had stopped my taxi on the left side of Geylang Rd besides Lor 18.

“As I was waiting for my next potential pax, I noticed a frail lady not far away in front of me flagging for taxi. A few taxis stopped for her but all rejected picking her and drove off. Something is wrong with this lady. She didn’t looked drunk to me, so, from experience, I predicted that she didn’t had money for the taxi trip. That would be the only reason why all the taxis rejected to pick her up.

“I can see she is in a hurry to get a taxi. She looks sick to me as she kept bending down to catch her breathe. Out of curiosity and compassion, I drove forward to this lady and winded down my windows and asked if she needed help. Still catching her breathe, she pleaded to me saying: “Sir, I have $10 on me and I want to go to Indus Rd. Can you help me sir? Please!” She crosses her fingers and did a begging gesture. Based on my experience, the fare from Geylang to Havelock Rd would be around $12-15, it’s not far off the $10. So I thought to myself, why not? So I pick her up.”

Along the journey, the passenger shared her story with Chua. Chua was moved to tears as the lady revealed that working as a sexual worker is the only way of making money for her, especially given a serious medical condition:

“Along the way, this lady told me about her ordeal tonight. Tonight is her first day back to work here in Lor 16. Due to a fight earlier on in Lor 16, the Police came and raided the area and all the people dispersed. As a result, the lady was unable to get any business tonight. So she is going home. This $10 fare she gave me was the only money she had and she borrowed it from a transvestite sex work.

“I asked her did she tried looking for other jobs? She told me she is suffering from Kidney problems and she is too weak to find a job. She could not stand for long hours and could not stay in air con room for long hours too. Providing sex service is the only means of making some money for her. And she was proud that she did not resorted to stealing or begging or even cheating other people. She used her own ability to earn money.

“Upon, hearing this, I felt ashamed to have taken her only $10 away from her. I keep my eye sight away from her as I did not want her to see my watery eyes. I know these are tears of both shame and compassion.

“I stole glances of this lady by the side of my eyes. She looked worn out, probably due to her life’s experience and her sickness. But she wore a thick makeup and I can tell she tried to look her best. She wore a sexy dress.

“From her handbag, the lady pulled out a long sleeves button shirt. She told me to excuse her as she wore the long sleeves shirt over her sexy dress. At this moment, I realized she didn’t wanted her neighbors to see her in the sexy dress. She is staying in a rented flat at Indus Rd.”

Moved, Chua refused to accept any payment from the passenger for the ride back home:

“We reached her destination without incident. She was profuse in thanks for me sending her back. It was at this time, I took her $10 and put it in her hands and told her to take this money and get herself some breakfast. At this moment, I think I saw tears in the lady’s eyes. Just as my own vision started to blur due to my own tears. I hurried her off (as she kept thanking me) I didn’t want her to see me cry for her. For what I know, I am a proud person and would never want other people to cry any tears for me. I think this lady is a warrior in life and she would also feel the way I feels.

“As I drove out of the car park, I couldn’t hold my tears any longer and it rolled down my cheek. Deep within me I know I pity the lady. Having to work at an elderly age as a sex worker while having health problem.”

Chua’s kindness towards his passenger is notable. Many years ago, Chua was in a rough spot after being retrenched from his position as a PMET when he experienced kindness from a taxi driver who permanently impacted his life.

Chua had been freshly retrenched from his job as a PMET at an age where he was “too young to retire and too old to be employed as a junior,” when he met the taxi driver. One day, he had visited a friend to seek a job opportunity, when he realised he did not have enough money to return home as he had just missed the last bus home.

Having just $6.60 on him, Chua got into a taxi and requested the driver to try and catch up with the bus or to drop him off when the taxi metre reaches $6.60.

To his surprise, the taxi driver – who had been in the same situation as Chua, having been unemployed for six months – drove Chua all the way to his home and refused to accept payment, stunning Chua.

Chua thanked the kind taxi driver who helped him so long ago, once again in his latest Facebook post, and urged other taxi drivers to lend a helping hand to those in need:

“If you think my story is inspiring to you, please, try to help out pax who are truthful about not having enough fare for the ride. At least they are honest, do give a helping hand if it’s not too troublesome for you guys.

https://theindependent.sg.sg/retrenched-pmet-moved-to-tears-after-taxi-driver-who-has-been-in-the-same-situation-refuses-to-accept-payment/Follow us on Social Media