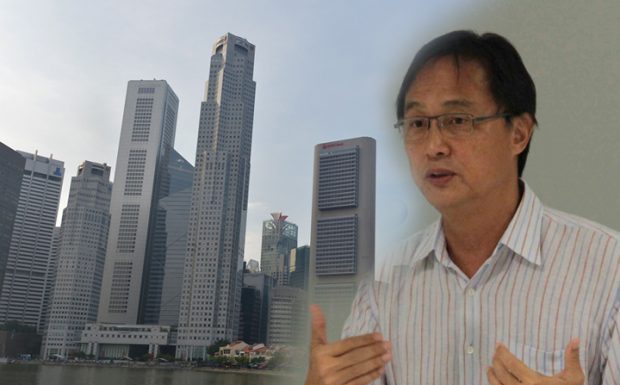 Additionally, he proposed a “simple unemployment insurance scheme” that would help the unemployed poor support themselves and their families while they look for jobs.

He wrote that he believes that Deputy Prime Minister Lawrence Wong “is sincere in intentions to help the poor” but found Mr Wong’s recent remarks about the “unintended consequences” of solutions proposed in advancing the wellbeing of lower wage workers, such as setting a minimum wage, to be “disingenuous.” Mr Lam posted a link to a CNA article about Mr Wong, who had said on Saturday (Sept 24) that uplifting the lives of lower-wage employees is not as simple as merely setting a minimum wage at a workshop for the Alliance for Action for Lower-Wage Workers.

Mr Wong had said that some countries with high minimum wages also have high rates of employment and wage disparity.

He said that these are among the “unintended consequences that can easily happen if you’re not careful in thinking about the right solutions.”

In turn, Mr Lam, who had served as the Managing Director and Director of Economics and Strategy at GIC, posed the following solutions.

The first is to raise Workfare Income Supplement ( WIS) payouts by another $700 “in cash rather than the miserly $300 in cash currently given to the lowest paid working poor?”

He also suggested increasing the Silver Support Scheme (SSS) by a similar amount “to help our elderly retired poor with a decent, dignified non-contributory pension on a means-tested basis.”

The SSS gives a quarterly supplement in cash to the elderly who had low incomes during their working years and have less funds during retirement.

Additionally, Mr Lam proposed a “simple unemployment insurance scheme” that would help the unemployed poor support themselves and their families while they look for jobs.

“The costs of all the above are well affordable fiscally and all are proven policies that will make a huge difference to the working poor, elderly and unemployed poor and their families by raising incomes towards a decent living wage,” he added.

“And what about the even larger and more damaging negative unintended policy consequences to depressing incomes through excessive immigration and blue collar career prospects?

Stronger and bolder remedial policy action on all these fronts would make his well intended comments much more credible imho.” /TISG