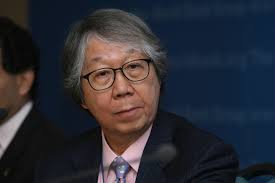 Veteran Singapore diplomat Tommy Koh took to his Facebook today to say the Straits Times failed to cover all the events of the 30th anniversary dinner and conference of the Institute of Policy Studies (IPS) in an objective manner.

Dr Koh actively participated in the IPS conference about inequality and social mobility as part of its 30th anniversary at the Marina Bay Sands. In referring to the Straits Times coverage of the IPS conference, Dr Koh asked why the newspaper did not feature a picture of is a photo of Janil Puthucheary and Cherian George. The duo were panelists at one of the dialogues of the conference.

Prof George said that there is a “certain selectivity” in the Government’s approach when it comes to reading ground sentiments and its decisions on whether to “follow the ground or to lead the ground”. He charged that the Government leaders are selective about how they referee different issues and are certainly not neutral referees. He expressed hope that the fourth-generation leaders are not an “old operating system in a shiny new body”.

The testy-exchange required the moderator to step in, but not before Dr Puthucheary quipping, “If I keep going, we’ll never end.”

Dr Koh also faulted the mainstream newspaper for not covering his rebuttal to Minister Josephine Teo’s assertion at the same conference that minimum wage could cause unemployment and illegal employment. Dr Koh had countered the Minister that her “narrative is contradicted by the experience of Japan, South Koreas, Taiwan and Hong Kong which have adopted a minimum wage.”

Dr Koh added: “I think the current income disruption of Singapore is a moral disgrace. Many of our working people do not earn a living wage and live in poverty. The Progressive Wage Model has improved wages in certain sectors of our economy but the workers in those sectors still do not earn a living wage. Mr Lee Kuan Yew envisaged an income distribution which resembles an olive. Today, our income distribution resembles a pear.”

Dr Koh’s post is trending with over 650 shares and over 1,200 reactions at the point of writing this article.

His post also drew a response from the local, veteran journalist and opinion editor of the Straits Times, Chua Mui Hoong. Ms Chua said that she was disappointed that Dr Koh had accused the Straits Times of biased reporting. She said the newspaper cannot “reflect every rebuttal or give-and- take in an exchange unless a full transcript is published.”

She reminded the diplomat that the Straits Times hosted Dr Koh’s first article advocating a minimum wage years ago.

“…I am disappointed to see you accuse ST of biased reporting. Newspaper space is limited. We chose 3 pictures but filed articles on all four panels. The article on Cherian and Janil’s discussion online included a photo as bandwidth unlike print does not have space constraints.

“Similarly we can’t reflect every rebuttal or give-and- take in an exchange unless a full transcript is published. Reporting on what Josephine Teo said but not your rebuttal is not bias. I am sure you know ST will not shut out alternative views from you.

“ST after all was the medium that hosted your first article advocating a minimum wage years ago, and we have been consistent in offering your views ample space and coverage – which I as op-ed editor am (very) happy to provide because I believe your views enrich the national discourse.

“My colleagues on the ground do their best to write up and file reports under tight deadlines and space constraints. They do their best to offer a fair summary of proceedings. They cannot give a complete or full picture – but that is a far cry from being biased.

“Prof your views are influential and carry weight and I would respectfully ask you to consider the space and time constraints they operate under that lead to omissions and not attribute omissions to bias.”

“…First, if there is room for only 3 photos, why choose to omit the one with Cherian George? Second, the biased reporting is a consistent pattern of ST. The report on the dialogue between DPM Tharman and me on Thursday evening is another good example. The ST report is focused on what the DPM said at the Dialogue. It omits reference to all the facts I cited on poverty and inequality in singapore. The Dialogue was reported as a monologue.”

Ms Chua replied to the diplomat saying whichever photo the Straits Times omitted would have upset someone.Follow us on Social Media