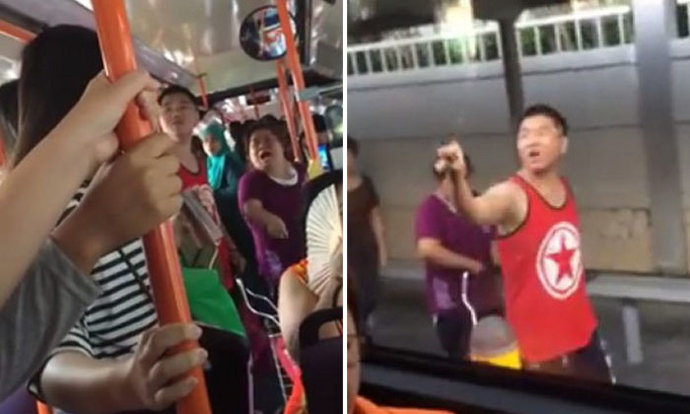 Facebook page Video News uploaded a video of a man and a woman engaged in a heated argument in a bus. It is unclear when the incident happened but the video was uploaded on 13 Sep.

The video shows the argument being about Singapore and Singaporeans, where the man referred to the woman as a ‘stupid Singaporean’. The woman in return asked him to get out of the bus.

To which the man retorted, “Who are you to me? Are you the bus captain?”

“I got pay money okay!

“You think you president ah!”

The man later hurled vulgarities at the woman and the dispute escalated. In the video the man can be heard yelling at the woman, “Are you Singaporean or not? You know the law or not?”

“Then do you know the law? You are in Singapore and yet you scold Singaporeans,” the woman replies.

A middle-aged woman then intervened to say that the man was sick.