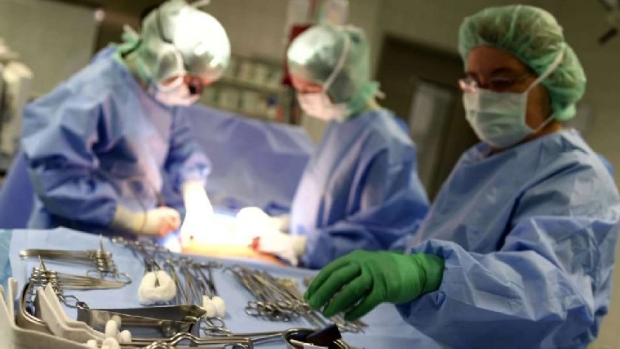 A new research paper has made the strange claim that female genital mutilation (FGM) can have an evolutionary benefit in societies where most women are subjected to the practice. FGM involves altering or injuring the female genitalia for non-medical reasons, and is internationally recognised as a human rights violation. Given that the new paper even starts by describing the harmful physical and psychological effects of the practice, how could the researchers claim FGM confers some sort of benefit in some cases?

The answer is supposedly tied up in the perceived social status of women who have and haven’t been cut in societies where FGM is the norm. This is typically in some or all ethnic groups in countries in northern Africa and the Middle East and in some communities elsewhere. The idea is that when most women in a society are subjected to FGM, those women will be more likely to marry and have children, and so pass on their genes. Conversely, in societies where most women don’t undergo FGM, it becomes a disadvantage for those who do. The evolutionary benefit goes to those women who follow the norm.

But we should be very careful about drawing such bold conclusions from what is actually very limited evidence, particularly when it could have a damaging effect on the international efforts to eliminate FGM.

The new paper, published in Nature Ecology & Evolution, is based on an analysis of data from the Demographic and Health Surveys, which are standard questionnaire surveys undertaken in low and middle-income countries. The answers to the questions on FGM help monitor differences in the prevalence of FGM among women and their daughters by age, region of the country, ethnic group, educational level and religion and between urban and rural areas.

The researchers chose to study five countries in which there are different ethnic groups that have a high and low prevalence of FGM: Burkina Faso, Ivory Coast, Mali, Nigeria and Senegal. These are all in West Africa where the the less severe Type 1 and Type 2 forms of FGM are typically practised. These involve removing part or all of the clitoris or inner labia, but not the narrowing of the vaginal opening by sewing up the outer labia.

The data confirmed that FGM in these areas is what is known as a frequency-dependent behaviour. In other words, girls were more likely to be cut when their mothers were from ethnic groups with a high prevalence of FGM. This idea is already generally accepted, but the researchers also used the data to test a more controversial theory, that this frequency-dependent FGM is associated with evolutionary benefits.

The statistical analysis showed that in ethnic groups with a high prevalence of FGM, women who had been cut had more children surviving by the time they reached the age of 40. In contrast, in ethnic groups with low prevalences of FGM, women who were not cut had more surviving children. The researchers explained this by suggesting that women who conformed to the norms of their ethnic group (undergoing FGM or not) would be more likely to find marriage partners and have children, and have more resources to devote to raising them.

The problem is that these are statistical associations and are not necessarily causal. We don’t know for sure that undergoing FGM is what causes these women to have more surviving children in societies where the practice is prevalent. There may well have been other factors involved, such as access to maternity care at childbirth, to health care as children and levels of disease.

The paper also acknowledges that the data didn’t include women who had died in childbirth. The five chosen countries still have high maternal mortality rates and the women surveyed (aged 40 and over) would have started having children when mortality rates were even higher. Most notably, in Mali, the rate fell from 1,100 maternal deaths per 100,000 live births in 1990 to 550 in 2010 and in Nigeria it fell from 1,200 to 560 over the same period. That means we don’t know how undergoing FGM affected the chances that women in these ethnic groups would die giving birth.

The analysis was based on only five countries but statisticians recommend using at least 15 samples for this kind of multi-level modelling that involves several varying parameters.

There were also major differences between the countries examined. Mali and Burkina Faso were the countries with the highest prevalence of FGM among mothers. But in Mali the percentages of daughters who were also cut were almost as high as for the mothers, while in Burkina Faso they were substantially lower. Similar if less marked differences were seen in most of the ethnic groups in Senegal, Ivory Coast and Nigeria that had high prevalences of FGM among mothers. These differences call into question the validity of aggregating data from these countries to draw an overall conclusion

The researchers’ analysis was also based on a single survey from each country. In most countries, these surveys are repeated at three to five-year intervals and show that the situation in most but not all countries is changing over time, but at different rates. This means we should be wary of making generalisationsbaes on single points in time.

The claim that FGM provides evolutionary benefits in societies where it is the norm is an extraordinary one, and so it requires extraordinary evidence. Given the limits of the evidence provided by the researchers in this case, we have to say the claim is unproven.