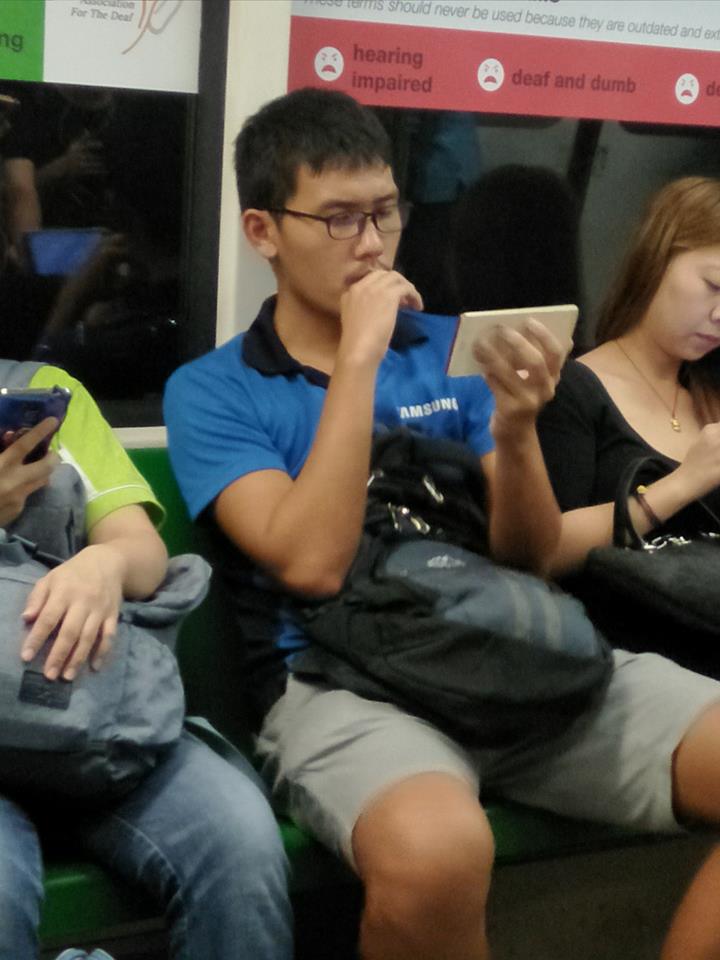 An unnamed Chinese man has been publicly shamed by netizens who believe that he spit on a hijab-wearing Muslim woman while commuting in the MRT.

The supposed offender was first flagged online by Facebook user Lyza Nassi, who claims to be a friend of the alleged victim. Sharing a photo of the man, Nassir said that the man pretended to “act stupid, act blur” after committing the alleged offence.

Nassir excoriated the man who was captured wearing a polo t-shirt with the Samsung logo, as an “idiot,” an “asshole,” and “disgusting,” in her Facebook post which went viral with over 1000 other users sharing her post on their own pages.

Netizens commenting on Nassir’s post have predominantly asked her to lodge a police report against the man.

Others also asked her to flag the matter to Samsung, in case the man is an employee of the conglomerate, given his polo t-shirt.

Following this, Facebook user Lydia Matin commented that she reached out to Samsung Singapore and shared a screenshot of her conversation with the organisation that responded that it is investigating the matter:

Not everyone has instantly deemed the man a racist. Besides expressing doubts about the veracity of the complaint, some netizens have questioned whether the alleged victim did anything to instigate the attack and whether anyone can verify whether he only spit on her because of her religion and not anything else.