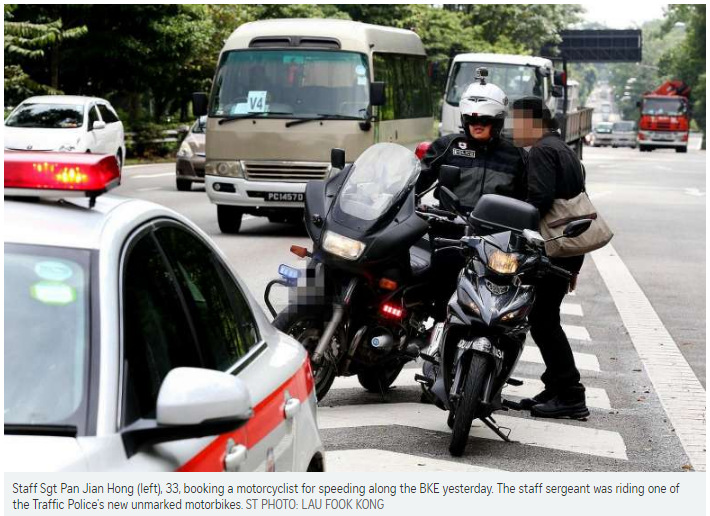 Traffic Police (TP) statistics show that last year, 4,875 motorcyclists and pillion riders were injured in road accidents. Of the 152 road deaths last year, 72 were motorcyclists. And how did they deal with the 5 percent rise in 2015? They introduced their own ‘men in black’.

The TP officers’ covert operations which started last month, do give such riders a fright when they turn on thrir lights and siren.

TP commander Sam Tee said that he was matching “vehicle type for vehicle type” because it was not easy for his officers to go after errant bikers in unmarked police cars, as they can lose sight of them in heavy traffic.

TP said that in their first month of operations, TP’s stealth motorcycles detected over 700 violations.