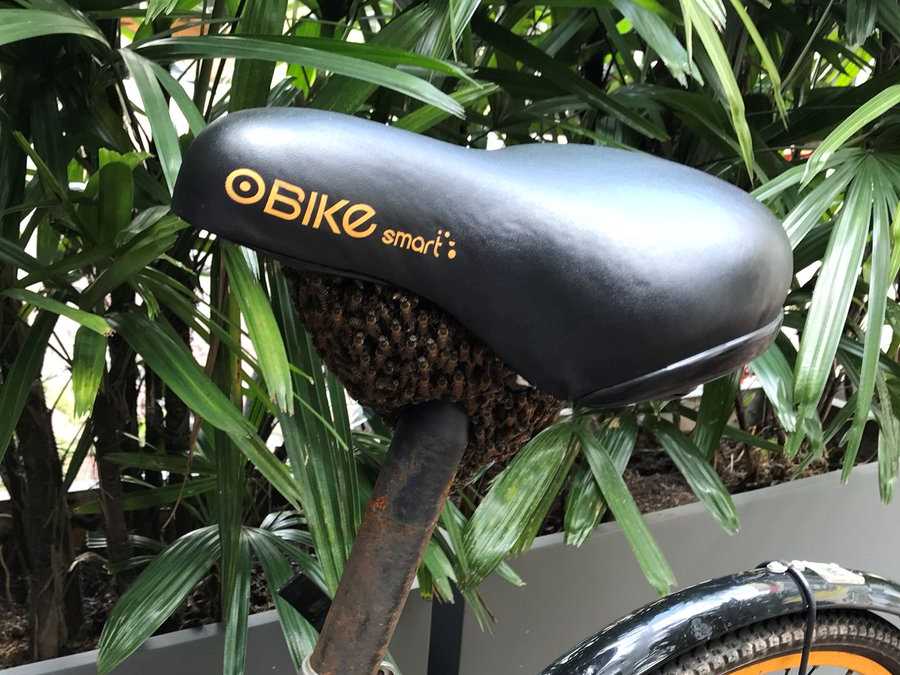 Videos of a beehive underneath the seat of an Obike left at West Coast has been circulating online, drawing alarm from netizens.

Photos capturing the beehive were first posted on Twitter earlier this week by Nazree Nazzeer:

Nazzeer revealed in a comment that the bee-infested bike was spotted at West Coast Community Centre.

One of the photos shows a sign left at the bike, warning members of the public that the bike is infested by bees. It is unclear whether the sign was left by Nazzeer or someone else. Regardless, netizens have praised the person who put up the sign for their civic-mindedness:

siaoliaolor: Respect the person who bothers to inform others

UptheToon: But the person who bother to put up the notice. Really respect.