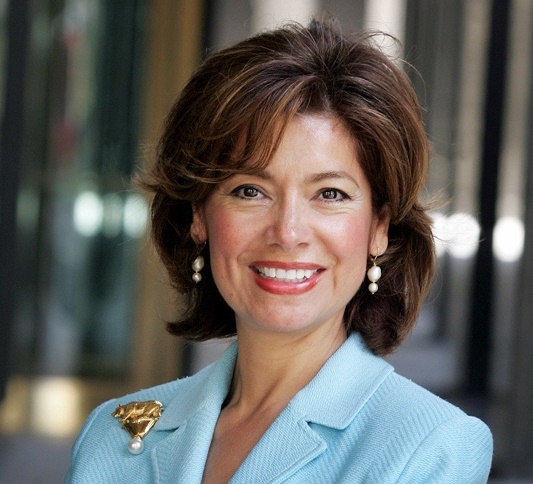 By Maria Contreras-Sweet, Administrator, U.S. Small Business Administration
Published by the Boston Business Journal – January 20, 2016
As far back as the 17th century, Boston’s ports drove this city’s growth, attracting merchants and entrepreneurs who knew that access to trade routes meant access to customers an ocean away. Accessing more customers meant accessing more opportunities to succeed and grow – the very essence of the New World’s promise.
Centuries later, the wares have changed, but Boston’s status as a hub of international commerce has not. Boston and Cambridge continue to attract entrepreneurs with global ambitions, which is why Congress’ vote this year on an historic trade agreement is so consequential to this city.
If ratified by Congress, the Trans Pacific Partnership (TPP) would be the first U.S. trade agreement to devote an entire chapter to helping small exporters. Boston is America’s 13 th largest export market. More than 7,000 companies here depend on exports, and 90 percent of those companies are small businesses.
Already, more than 5,000 state firms trade with TPP countries; this deal will knock down tariffs and trade barriers so they can further expand their international footprint.
The truth is, Boston, like most American cities, has barely scratched the surface of its potential for export-driven growth. Ninety-five percent of the world’s consumers live outside of our country’s borders, but only one percent of American small businesses are selling to them.
By 2030, two thirds off the world’s middle class consumers are projected to live in the Asia Pacific region. The internet and e-commerce has opened up a new world of opportunity for small businesses to sell to them with the click of a mouse. TPP would help them realize that promise.
Opponents of the deal contend that increased global trade is a job-killer. But for our small business sector – which creates two out of three new jobs in our country – the opposite is actually true. According to a study published by the Institute for International Economics, exporting firms not only grow faster, they are less likely to go out of business than non-exporting companies. Also, firms that export pay up to 18 percent more than companies that don’t.
The more we help small businesses expand their markets, the more we help create higher-wage jobs here at home.
While small businesses represent the majority of American exporters, their export sales represent less than a third of the overall value of American exports. Over half of U.S. small exporters only sell to one country, usually Canada or Mexico. TPP would help more small businesses navigate the barriers by eliminating 18,000 taxes and tariffs that deter many from considering foreign markets.
Massachusetts exported $9.2 billion worth of goods and services to TPP nations in 2014 – a third of all state exports. But today in TPP countries, tariffs are as high as 35 percent on U.S. information technology products and as high as 25 percent for high-tech goods made in America. More than 99 percent of all American exports in these high-tech, high-growth industries would immediately become duty-free if TPP becomes law.
TPP also significantly strengthens intellectual property protection in markets where IP rights and enforcement falls far short of the U.S. standard. These new protections are essential to overcome the valid reservations of innovators worried that their IP, once shipped abroad, will be reverse engineered and sold under a different label by unscrupulous competitors.
Here in Boston, the computer, software and electronics industry accounts for more export dollars than the next three industries combine. TPP is how we can better protect their inventions from pirates, thieves and knockoff artists.
TPP also would address the erratic and costly customs delays that hinder global business relationships. While larger companies can absorb the costs of a shipment being unfairly detained, many small businesses cannot. TPP will ease customs procedures, eliminate duplicative testing requirements, and expedite the release of shipments. These technical changes are all potential game-changers for small businesses weighing the costs of doing business in other countries.
Finally, TPP will provide meaningful market access to American farmers and food producers. It would eliminate the use of agriculture export subsidies, discourage countries from imposing export restrictions, and strengthen food safety requirements. These are important steps to level the playing field for U.S. agriculture.
As the voice for small business in President Obama’s cabinet, I’m visiting the Boston Chamber of Commerce today to urge local business leaders to speak up and help push this historic trade deal over the finish line. Last year, Congress broke its legislative logjam and cast a bipartisan vote to give President Obama fast-track trade negotiation authority – an up or down vote on the negotiated agreement. This is an opportunity worth seizing.
Passing TPP would help Bostonians share their ingenuity with vast new pools of waiting consumers who believe in the American brand, keeping alive that intrepid entrepreneurial spirit that brought this country’s earliest innovators to the ports of this storied international city.
Contreras-Sweet started three businesses, including a Los Angeles bank, before joining the President’s cabinet as SBA Administrator.