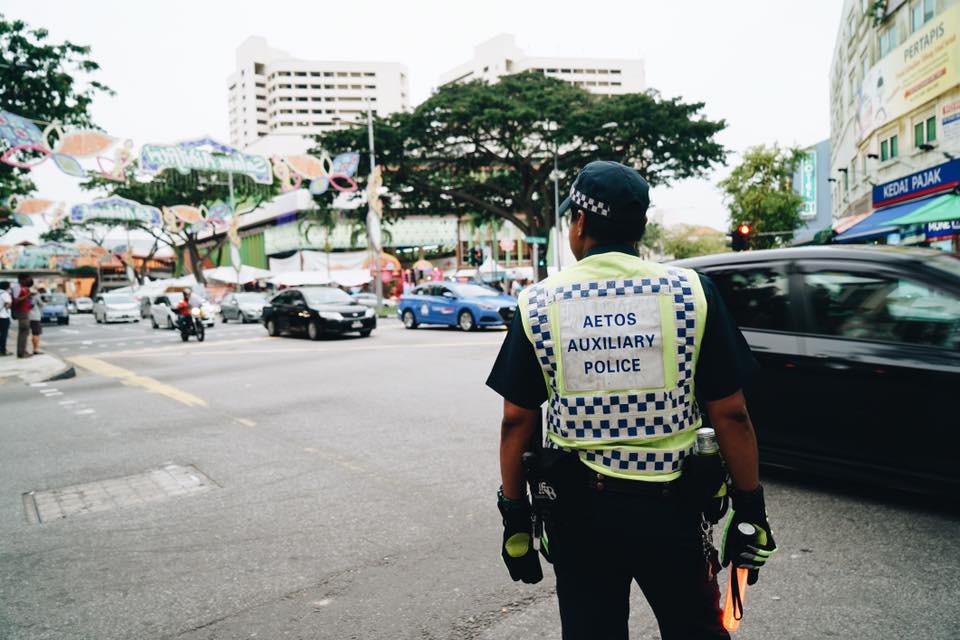 The Ministry of Home Affairs (MHA) said in a press release today that two Singaporeans were issued with orders under the Internal Security Act (ISA) in June 2017. Both are Auxiliary Police Officers with AETOS deployed at the Woodlands Checkpoint. One was issued with an Order of Detention (OD) for his intention to undertake armed violence overseas. The other was issued with a Restriction Order (RO) for supporting the former’s intentions.

Muhammad Khairul bin Mohamed (Khairul; aged 24) was issued with an OD in June 2017. At the time of his arrest in May, he was an Auxiliary Police Officer deployed to the AETOS Traffic Enforcement Division at Woodlands Checkpoint as an outrider. His duties did not require him to be armed.

The MHA said that Khairul was radicalised and had the intention to undertake armed violence in Syria. According to MHA’s statement, his path to radicalism began in 2012 when he went online to gather more information about the conflict in Syria after learning about it in mainstream media reports.

He developed the view that the conflict in Syria was a sectarian struggle between Sunni Islam and Shia Islam, and being a Sunni Muslim, he wanted to fight against the Shi’ites in Syria by joining the Free Syrian Army (FSA).

The FSA is a group founded by defectors of the Syrian Armed Forces whose aim is to use armed violence to overthrow the Syrian government led by President Bashar Al-Assad, who is backed by the minority Shia Alawite sect.

Through prolonged exposure to online materials on the Syrian conflict, Khairul perceived the Syrian conflict to be a “holy war” in which he was prepared to die in battle as a “martyr” and receive divine rewards.  In 2014, he tried to reach out via Facebook to a foreign militant, as well as two other individuals whom he believed to be FSA supporters, to find out how he could make his way to Syria.

At the point of his arrest, Khairul was still interested to join FSA or any other militant groups operating in Syria and engage in armed violence there.  His readiness and proclivity to resort to violence in pursuit of a religious cause makes him a security threat to Singapore.

Mohamad Rizal bin Wahid (Rizal; aged 36) was issued with an RO in Jun 2017 for supporting Khairul’s intentions to undertake armed violence in Syria.  At the time of his arrest in May 2017, Rizal was an Auxiliary Police Officer with AETOS deployed at the Woodlands Checkpoint as an armed officer conducting general security duties.  He was colleagues with Khairul.

Rizal was aware since 2015 that Khairul intended to engage in armed violence in Syria as Khairul had repeatedly confided in him about his intentions.  However, Rizal not only failed to bring the matter to the attention of the authorities or the AETOS management, he even suggested to Khairul various ways to get to Syria and to die there as a “martyr”.

Although Rizal did not share Khairul’s desire to participate in armed violence the MHA said that as an Auxiliary Police Officer, he should have been aware of the prevailing terrorism threat and his failure to dissuade Khairul and report him to his superior officer was a serious lapse of judgment.

MHA’s press statement said that the Government takes a serious view of anyone who supports, promotes, undertakes or makes preparations to undertake armed violence, regardless of how they rationalise such violence ideologically, or where the violence takes place.  This is particularly so if the person involved is a public servant, and especially if he or she is a uniformed officer.

Anyone who supports or abets another person’s radicalisation or intention to undertake violence also poses a security threat to Singapore and Singaporeans.  Such individuals will be dealt with firmly.

MHA re-iterated that it is important for anyone who knows that a friend or relative may be radicalised or intends to undertake acts of violence should report him or her to the authorities.

In the case of Khairul, several relatives and friends knew of his intention to fight in Syria, but none of them came forward, it said.

It asked anyone who is aware of a person becoming involved in terrorism-related activities, including planning or taking steps to travel to conflict zones to take part in an armed conflict, or who observes suspicious activities or signs of radicalisation, should promptly inform the Internal Security Department (1800-2626-ISD).

—
*A person issued with a Restriction Order (RO) must abide by several conditions and restrictions. For example, he is not permitted to change his residence or employment, or travel out of Singapore, without the prior approval of the Director ISD. The individual issued with RO also cannot issue public statements, address public meetings or print, distribute, contribute to any publication, hold office in, or be a member of any organisation, association or group without the prior approval of Director ISD.