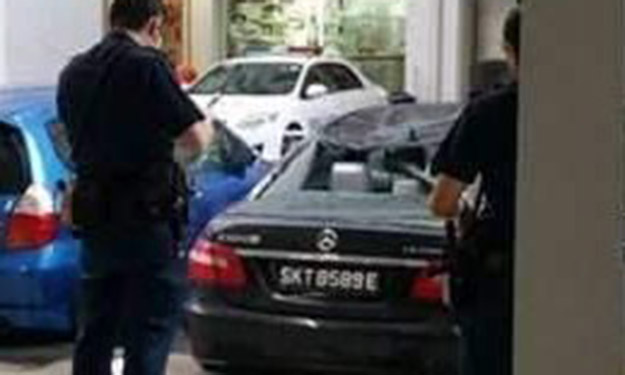 A 15-year-old boy’s attempt to commit suicide was thwarted – perhaps thanks to a Mercedes Benz which was parked right below where he fell. The car’s roof though, was smashed.
Police have confirmed that they received a call on Mar 10 at 5.46pm requesting for assistance at Block 539 Jurong West Avenue 1, and that they had established that it was a case of attempted suicide.
The boy was conveyed unconscious to National University Hospital (NUH), the police said.Follow us on Social Media