Don’t trivialise the plight of the elderly poor in Singapore 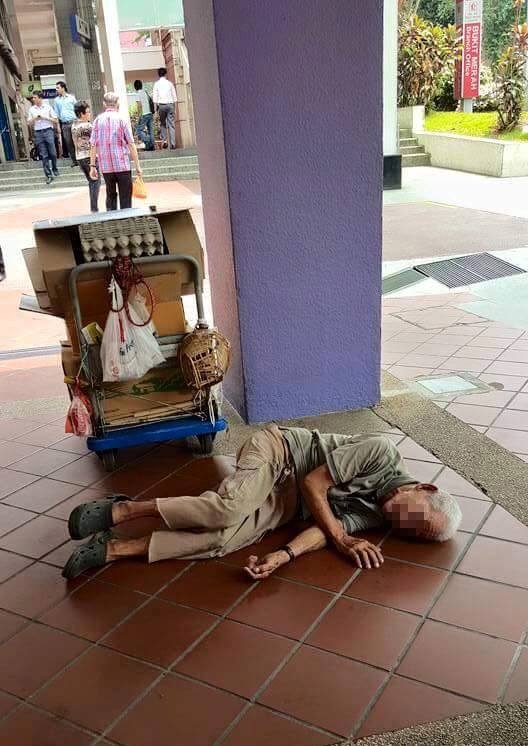 Creative for Causes (CFC), a pro-bono creative agency in Singapore which provides creative service to charities, social enterprises and community groups, has taken a dig at Minister for Social and Family Development, Mr Tan Chuan-Jin.

Mr Tan had in July last year shared several pictures of cardboard collectors in his Facebook with the caption, “Have you ever Spoken to a Cardboard Uncle or Aunty?”.

The Minister shared that he was surprised by the findings of the project, that the normal perception that all cardboard collectors are people who are unable to take care of themselves financially is false.

The Minister said, “there will be some who do this as their main source of income. Some do so to supplement what they have. Some prefer to earn extra monies, treat it as a form of exercise and activity rather than being cooped up at home. They do this to remain independent, so that they can have dignity and not have to ask their families for help.”

CFC in their latest Facebook post said, “the issue of elderly poverty in Singapore has been trivialised by some who believe they collect cardboards for “exercise”.”

“We found out that this was not true when we interviewed several elderly who have fallen through the cracks and have to survive by doing manual labour in their golden years,” it added.

CFC claims that in its interviews with the cardboard collectors, it discovered that many of them were forced into working long hours under the hot sun due to financial difficulties.

“Not only is this physically taxing for them due to their weaker health, it is also dangerous at times as seen by the recent cases whereby elderly cardboard collectors have been hit by moving vehicles,” CFC said.

Saying, “the pioneer generation is primarily responsible for Singapore’s success today,” CFC advocated for immediate attention to the problem of elderly poor in Singapore.

“The recent movement to honour, recognise, and appreciate the contributions of our pioneer generation is nothing but hypocrisy if we allow some elderly to live in ways captured in the video,” CFC charged.

—
CFC has apologised for an error in its earlier video which claimed that 1 out of 10 elderly citizens in Singapore is a cardboard collector. The agency said that the correct statistics should have been 1 in 5 elderly in Singapore do not have enough to make ends meet in Singapore. CFC has taken down that video from its Facebook page.Follow us on Social Media