The Independent News
Home News SG Economy You can be the CEO of CPF Board too!

You can be the CEO of CPF Board too! 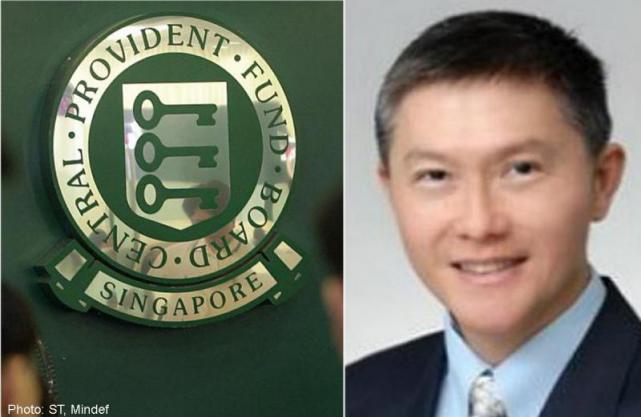 Philip Ang wrote an interesting piece highlighting that an SAF general has been put in charge of our CPF monies (https://likedatosocanmeh.wordpress.com/2016/05/08/20160508-cpf-members-retirement-screwed-up-by-unqualified-ceos).He questioned if such people are qualified to manage our finances.
Currently, the CEO of CPF Board is RADM (NS) Ng Chee Peng, brother of LG (NS) Ng Chee Meng who is the current acting Education Minister.
RADM (NS) Ng enlisted in the SAF in December 1988 and served in the Navy. He spent his early days with the Missile Gun Boats, first as a junior officer and later as the Executive Officer on board the RSS Sea Tiger. He was also the Anti-Submarine Warfare Officer on board the RSS Valiant. He assumed his first command on board the Missile Corvette RSS Victory. He also held various staff appointments in MINDEF, including:
• Head, Operations Planning Branch, Naval Operations Department
• Head, Long Term Planning Secretariat, Office of the Chief of Defence Force
After returning from his studies in Harvard University in 2002, he was appointed as the Commanding Officer of the Missile Corvette Squadron in July 2003, and concurrently served as the Commander of the First Flotilla from January 2004. He held the following appointments later:
• Director (Policy), MINDEF (2005–2007)
• Fleet Commander (2007–2009)
• Chief of Staff, Naval Staff (2009–2010)
• Chief of Staff, Joint Staff (2010–2011)
He became the Chief of Navy in Mar 2011 and was promoted to the rank of Rear-Admiral (two stars) in Jul 2011. He stepped down from his position as the Chief of Navy in Aug 2014 before joining the Manpower Ministry as Deputy Secretary (Special Projects) for several months. Thereafter, he became the CEO of CPF Board in March 2015 last year.
Philip noted, “When Ng became CEO, CPF had total balances of about $280 billion.”
“Was Ng qualified to manage $280 billion? Would any fund employ an ex-military guy with no fund management background to manage even $28 million?” Philip asked.
“If ex generals are well qualified, then shouldn’t PAP be employing US generals who have vastly more real life experience instead of ours with only paper experience?”
No experience really needed for CPF CEO’s job
“In reality, Ng also does not need to know how to manage a fund because our CPF has not been invested in any fund but loaned to the PAP government. Ng’s job is to place our CPF in a sort of a very long term fixed deposit with the government, the terms of its use dictated by PAP,” Philip explained.
“If Ng’s job is to simply hand over our CPF to the government – no questions asked – isn’t that something every Ah Kow or Ahmad knows? I mean, how difficult is it to go to a bank to open an FD account?”
Indeed, according to MOF website, our CPF monies are invested by the CPF Board in Special Singapore Government Securities (SSGS), bonds that are issued and guaranteed by the government (http://www.mof.gov.sg/Policies/Our-Nations-Reserves/Section-IV-Is-our-CPF-money-safe-Can-the-Government-pay-all-its-debt-obligations).
“This arrangement assures that the CPF Board will be able to pay its members all their monies when due, and the interest that it commits to pay on CPF accounts,” MOF said on its website.
“This is a solid guarantee. The Singapore Government is one of the few remaining triple-A credit-rated governments in the world.”
At the moment, new SSGS are issued at a fixed coupon of 4% (https://www.cpf.gov.sg/Members/AboutUs/about-us-info/cpf-interest-rates). And currently, monies in members’ CPF OA earn a minimum interest rate of 3.5% on the first $20,000, and 2.5% for the rest of their OA savings. This difference in interest rates would be the amount CPF Board made for itself.As long as you are honest and don’t pocket our CPF monies yourself, you can do this job as CEO of CPF Board too.
Anyone game?