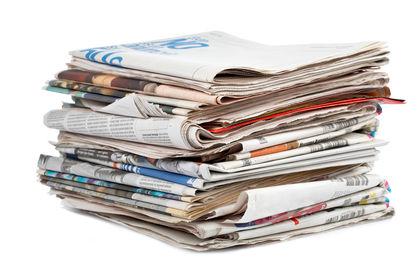 SINGAPORE — It is human nature to focus on current needs rather than plan for the future, but countries that have introduced earlier payouts for their retirement saving schemes have found them unsustainable, said Finance Minister Tharman Shanmugaratnam.

Wrapping up three days of Budget debates, Mr Tharman, who is also Deputy Prime Minister, said while the idea of giving monthly Central Provident Fund (CPF) payouts at age 60 instead of 65, proposed by the Workers’ Party, is not crazy, it is unwise.

“It has been tried in other countries and, everywhere it has been tried, the result has been that those who take up this option of early payouts end up less prepared for retirement,” he said.

Citing Denmark as an example, Mr Tharman said the country implemented earlier payouts more than 30 years ago, but the pressures of an ageing population have led the Danish to phase out this option. “We will all place greater priority on … the benefits we can get today … than what we will get well into the future”, he said. “We all underestimate how long we will live … that is the human predicament.”

Alluding to Nominated Member of Parliament Chia Yong Yong’s speech calling on Singaporeans to exercise individual responsibility, Mr Tharman said the outcome of earlier payouts to some is that the rest of society eventually has to support them.

Life expectancy is on the rise and, even among European countries such as the Netherlands, there is automatic linking of life expectancy with pension age and retirement age, he added.

“We should recognise these challenges honestly and not take positions for their populist appeal, when we know fully that putting such proposals into practice will merely set us back in tackling the larger challenge of ensuring adequate income throughout the retirement years,” said Mr Tharman.

On Tuesday, Ms Chia said collective responsibility must entail individuals exercising personal responsibility, in a speech that drew plaudits from other parliamentarians. Objecting to suggestions for more flexibility in accessing CPF savings, she noted that it would place “a very great fiscal obligation on our future generations, living off what our forefathers have built for us”.

Yesterday, Mr Tharman said the CPF system is a combination of collective and individual responsibility. Nonetheless, there must be ways to help Singaporeans in need to get by and the Government will provide people maximum support to work while they can, through measures such as re-employment legislation. Those who are unable to do so because of medical conditions have been allowed to withdraw CPF funds earlier, he added.

The Government is also looking to inject more flexibility into the scheme by allowing Singaporeans to make lump-sum withdrawals of up to 20 percent of retirement savings at the payout eligibility age.

“(The CPF system) is not a perfect system … (but) it is fair, it is sustainable and it takes risk away from individuals who cannot bear that risk,” said Mr Tharman.

In response to the Finance Minister’s speech, WP Non-Constituency MP Gerald Giam rose to clarify the WP’s proposal, saying the suggestion to start payouts earlier is not the same as asking for a full lump-sum withdrawal at age 60. The idea is to extend the period in which CPF payouts are given to members, he said, adding that it is optional. “Our main point is life is unpredictable and we cannot presume to know the financial situation of every person at age 60. There may be some members who really have a need and we should give them that flexibility.”

Responding, Mr Tharman reiterated that other countries’ experiences have shown that it is human nature to “take advantage of the option to get something early, even if it is at the expense of what we need later on”.

“When it comes to flexibility and choice, we should make haste slowly,” Mr Tharman said.