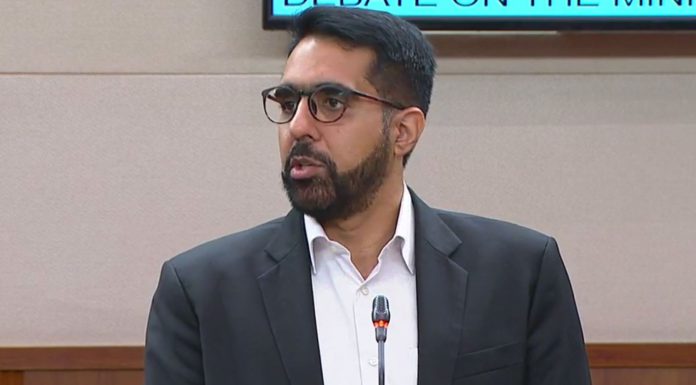 The Workers’ Party’s assistant secretary-general Pritam Singh proclaimed at the budget debate today that his party does not support the plan to hike the Goods and Services Tax (GST) some time from 2021 to 2025.

Finance Minister Heng Swee Keat announced last Monday that the GST will increase by 2 per cent to 9 per cent from 2021 onwards, as he delivered Budget 2021. The GST hike would contribute towards key expenditure areas such as spending for healthcare in the future, according to the government.

The WP’s position is that the government should consider alternative approaches instead of raising taxes. Singh said: “GST may well have to rise, but Singaporeans could be more likely to accept it if the Government considers the pros and cons of moving from the establishing orthodoxy, and consider new approaches that improve social protection thresholds for all.”

Noting that the Government has not clarified on what its projected expenditure will be in future when GST is slated to increase, Singh asserted that there is a “lack of clarity” on whether it is necessary to hike GST and added: “In view of the absence of such details, the Workers’ Party is unable to support the announcement of a GST hike at this moment in time.”

Revenue from land sales is presently not available for budgetary spending under the constitution, since land forms part of Singapore’s past reserves. According to the government, this is because such a framework will prevent each term of government from needlessly selling land to meet expenditure needs and possibly drive up property prices, as a result.

A portion of the revenue from land sales which is invested as part of the past reserved is available for meeting expenditure needs under the Net Investment Returns Contribution (NIRC) framework, which allows up to 50 per cent of the returns from investing the reserves to be spent.

Acknowledging the current framework and the reasons behind it, Singh said that the issue of unnecessary land sales can be circumvented by a cap on the amount of earnings that can be used.

The Aljunied GRC MP added that if there is no “co-mingling” of the revenue from land sales with other reserves for investments under such a new framework, which would result in greater transparency. Singh added that this would also protect revenues against “the consequences of poor investment decisions” by the investment bodies like GIC.

PAP MP Lim Biow Chuan opposed Singh’s suggestion to use revenue from land sales instead of hiking GST because “Once the land is sold, the asset is gone”.

WP chairman Sylvia Lim asked Mr Lim to clarify what he meant, as land is sold on leasehold terms and will eventually revert back to the state. To this, Lim offered that land is sold on 99-year leases and so can only be sold after the lease expires in 99 years.Follow us on Social Media