The Independent News
International Violent Michigan gang member who put a bullet into his victims heads... 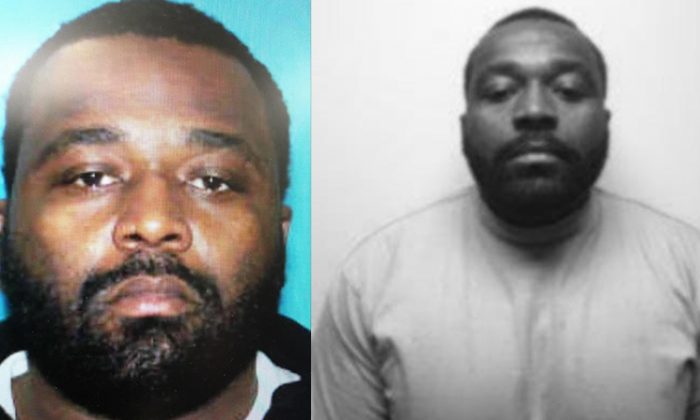 A violent Michigan gang member charged with murdering two men in front of dozens of witnesses has been named to the FBI’s Ten Most Wanted Fugitives list, and a reward of up to $100,000 is being offered for information leading to his capture.

Antwan Tamon Mims, a convicted felon and known member of the Gangster Disciples gang, is wanted in connection with the killings that occurred at a house party on March 25, 2018, in Benton Harbor, Michigan.

Investigators believe that Mims emerged from the house shortly after midnight and saw two men he believed had wronged his gang on a drug deal. He produced a gun and fired from the front door, hitting both men, who fell to the ground. Then, “very calmly,” said Special Agent Jeff Brown, who is investigating the case from the FBI’s Detroit Division, “he walked up to the victims and put a bullet into their heads.”

After the killing, bystanders told police that Mims “walked away as if nothing had happened,” Brown said. The killer’s apparent arrogance—gunning down the men in front of so many witnesses—came from the fact that he was an intimidating figure in the community and believed no one would talk to authorities for fear of violent reprisals.

Brown noted that Benton Harbor, with a population of about 10,000, is the third most violent city per capita in Michigan. “It’s a small city with a pretty significant crime rate,” he said. “There are a lot of drug and gang cases.”

Mims—with prior felony convictions ranging from drug possession to assault with a deadly weapon to being a habitual offender—was well known to local law enforcement and the community as a violent gang member. “Many people we talked to are scared of him,” Brown said.

Adding Mims to the Ten Most Wanted Fugitives list means the case will receive national publicity and that the reward for information leading to his capture has been increased to up to $100,000.

“That is a lot of money,” Brown said. “We hope it will motivate individuals to come forward. For someone in Benton Harbor, that reward money could mean moving to a different area and starting a new life.”

Mims, who has given varying dates of birth, is likely about 40 years old. He has family and gang ties in Michigan, Indiana, Georgia, and Tennessee. “We are assuming that people from the gang world are giving him money, hiding him, and taking care of him,” Brown said.

Mims is the 519th individual to be named to the FBI’s Ten Most Wanted Fugitives list since the program was established in 1950. Since that time, 484 fugitives have been apprehended or located—more than 160 of them as a result of citizen cooperation.

“We need the public’s help,” said Brown, who works out of the FBI’s St. Joseph Resident Agency, which is minutes away from Benton Harbor. “Getting Mims off the street is paramount.”

Brown, who was born and raised in St. Joseph and was a police officer there before becoming an FBI agent, added, “Bringing Mims to justice will show the people in the community who are scared to talk to the police or the FBI that coming forward is the right thing to do and makes the community safer.”

Anyone with information about Mims is encouraged to contact their nearest law enforcement agency, FBI office, or U.S. Embassy or Consulate.