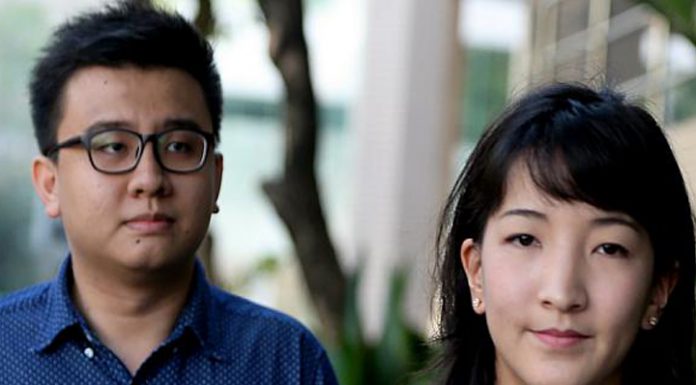 The co-founder of the now-defunct The Real Singapore website, Yang Kaiheng, has slammed Mediacorp’s online news publication TODAY online for publishing “outright false and defamatory” allegations against him and his wife.

Both Yang and his then-pregnant wife, Ai Takagi, were sentenced to jail in 2016 after the court found them guilty of publishing supposedly seditious articles on their website.

The husband and wife are now out of prison but Yang indicates that they are unable to move on from the episode due to news reports like the TODAY article, that he believes is “trying to make me and my wife a devil by saying we made $500,000 by deliberately producing fake news”.

The TODAY article, a piece on “the dark forces behind fake news”, was published over the weekend and had this to say about Yang and his wife:

Closer to home, the now-defunct website The Real Singapore (TRS) — whose owners were jailed for publishing sham socio-political reports about Singapore — was reported to have made more than S$500,000 in advertising revenue in the span of 1.5 years.

But Mr Yang, who was jailed eight months for sedition, maintains that TRS was set up as a “crowd-sourced platform where the public could share their views”.

“That was the vision and purpose of the website and this was always made clear to the readers too. The very nature of crowd-sourced content platforms is that they are fluid and adapt to their audiences’ views, preferences and unavoidably their biases and emotions too,” Mr Yang told TODAY.

While unverified or misreported content can get shared on such platforms, it is important for readers to “make their own decisions about what is posted on such websites,” he said.

TRS did not have sufficient resources to review and verify each post, he said, adding that it would be onerous for all creators of online content to adhere to strict verification standards.

Taking to Facebook, Yang asserted that the claim that he and his wife made half a million dollars “deliberately producing fake news is just outright false and defamatory.”

He further revealed that there were over 30,000 articles published on TRS during its 3 years of operations and that the Attorney-General’s Chambers apparently only flagged 7 articles as seditious.

Yang claims that these 7 articles were enough for the authorities to label “the entire website as fake news.” He added: “This is just a convenient excuse to shut us down.”

In actual fact, Yang claims, he only made $116 in revenue by publishing the articles that were flagged and not half a million dollars, as painted by the media.

Yang added that instead of the entire website being branded as a fake news site, “a more accurate description of the website should be 0.0002% fake news” since only 7 articles out of over 30,000 were found to be inaccurate.

Yang expressed that he is “terribly disappointed” presumably with the way he and his wife are portrayed in the media and by the alleged misinformation about them that is perpetuated to readers. He added: “I thought i was going to let go and move on about this nightmare after serving my jail sentence for Sedition. So much talk about giving ex-cons a second chance.”