Toll Charges at Woodlands Checkpoint to Be Cut 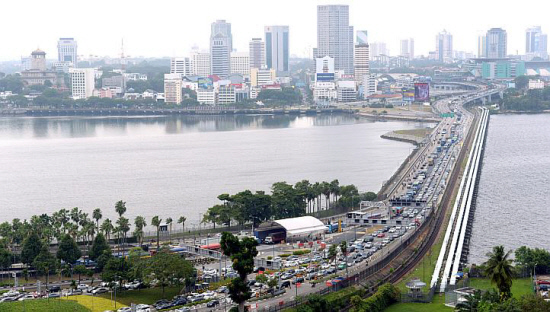 From February 1 onward, toll charges for most vehicles (excluding motorcycles) coming into Singapore via the Woodlands Checkpoint will be removed. Singapore’s Land Transit Authority made the announcement on January 5, Friday.

Similarly, toll charges for most vehicles (excluding motorcycles) leaving Singapore via the same checkpoint will be reduced.

The EDL is 8 kilometers long and ends at the Causeway from Johor Baru. Toll fees were collected since 2014 from vehicles coming into as well as leaving Singapore, even if some of those vehicles did not pass through the highway, which had been constructed by a firm linked to the Malaysian government.

It has been a longtime practice for Singapore to have the same the toll rates as Malaysia.

The Land Transport Authority’s Facebook post announcing the toll cut was widely shared, and people tagged each other to spread the news. However, many netizens are concerned about the heightened traffic jams that will be generated by the toll reduction and removal.