The Independent Singapore News
Home News Featured News The Unsung Heroes of Singapore – helping people one umbrella at a... 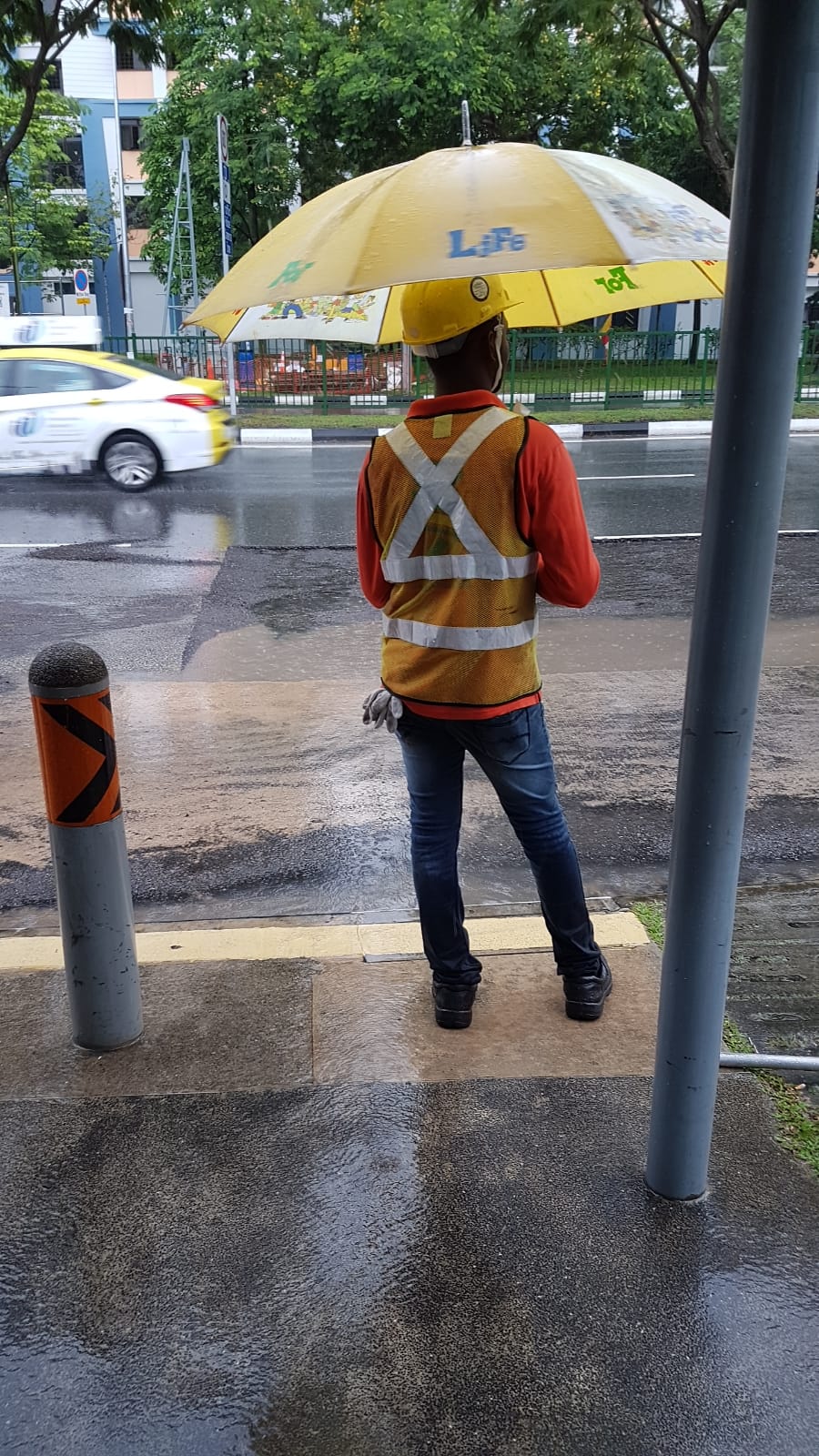 Wilson Heng, 27, alighted from a public bus on Monday morning fully “prepared to get drenched” due to the heavy downpour.

However, as he got off the bus, he realised there was an umbrella being held over his head by a foreign worker.

There were also two more foreign workers at the front of the bus, holding umbrellas for commuters boarding the bus, he said.

The foreign workers were taking a break from their work around Block 323B of Sengkang, due to the heavy rain.

After Heng alighted from the bus, and walked up the overhead bridge, he said that there were other foreign workers talking amongst themselves, or resting, while the three who were sheltering people to and fro buses “went beyond themselves, and were not obliged to help”, but did so anyway.

Heng also said that when each bus arrived, the three workers made sure to shelter every person.

“Even before the bus would stop, they would automatically go to the front and back of the bus to hold up the umbrella, which I thought was really amazing,” he added.

He told TISG that the workers would have sheltered people for at least a few hours. To reciprocate their kind actions, Heng bought them drinks, and he added that they were a little shy but very thankful with smiles, as they did not expect any reward.

There were heartwarming thanks all around from netizens as well.