The Independent News
International World The death penalty is getting more and more expensive. Is it worth...

The death penalty is getting more and more expensive. Is it worth it? 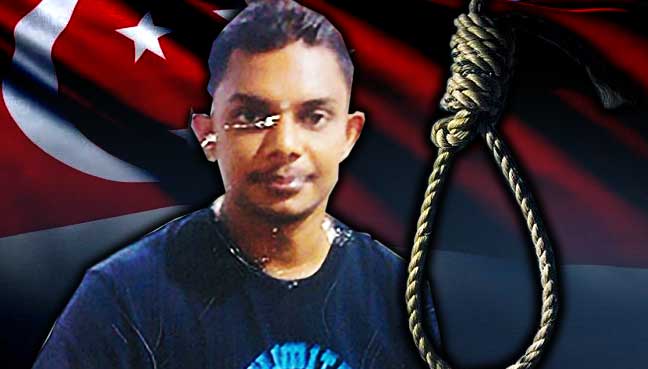 Recently, several states, including Nevada, have introduced bills that cite legal costs as one of the reasons for ending the death penalty.

National trends show the death penalty is being sought and imposed less frequently. There is also ample evidence that the costs for seeking and administering the death penalty have increased significantly since the 1980s.

Understanding all of the reasons why costs have increased is complicated. But much of the cost increases can be attributed to changes in public opinion, the law and in the advancement of scientific evidence and methods, all of which impact legal practice regarding death penalty cases.

Putting a price on the death penalty

Until recently, attempts to measure the fiscal impact of the death penalty were rare.

The first comprehensive attempt to measure the economic impact of capital sentencing policy was conducted in New York in 1982. However, the bulk of state-level economic cost studies of the death penalty have taken place over the last 15 years. Many of these reports were spurred by budget shortfalls in the wake of the great recession.

This is also the case for Oregon and Washington, where the average death penalty case costs more than the average non-death penalty aggravated murder case, by US$1,035,000 and $1,193,000, respectively. And both of these figures include the costs for life without the possibility of parole.

Moreover, the rates for post-conviction reversal in both Oregon and Washington are extremely high – 79 percent and 75 percent, respectively. That means that only a handful of cases ever advance to the point of execution – and that point does not even currently exist, as both states have moratoriums in place.

The evidence is clear that maintaining the capital punishment pipeline costs taxpayers more money. Many states, such as Nebraska, Colorado, Pennsylvania, Washington and Oregon, have highlighted these extreme costs as one of their reasons to seek an end to the death penalty.

Why is the death penalty more expensive?

Some people may recognize that seeking and imposing the death penalty is more expensive, but do not understand why.

The U.S. Constitution protects basic rights through the criminal justice process, including equal treatment under the law and freedom from cruel and unusual punishment. Ever since Furman v. Georgia in 1972, the U.S. Supreme Court has recognized that additional safeguards are necessary to protect these rights in death penalty cases.

In holding that the death penalty, as it was applied at the time, violated the the Eighth and Fourteenth Amendments, the Furman Court was confronted with evidence that these death sentences were imposed in arbitrary, capricious and discriminatory ways. Justice Stewart captured the sentiment of the Court in his concurring opinion, observing that “death sentences are cruel and unusual in the same way that being struck by lightning is cruel and unusual.”

A few years later in Gregg v. Georgia, the U.S. Supreme Court upheld a Georgia death penalty statute that became the model for the rest of the country. In Gregg, the Court found that the Georgia statute, by narrowing the class of crimes and criminals for which the death penalty could be sought to the “worst of the worst,” provided a sufficient safeguard against the arbitrariness that led to the Furman decision.

The Gregg decision introduced a requirement for bifurcated trials, meaning the guilt and penalty phases are separate. It also required that jurors in capital cases be given guidance for jury instructions regarding how to approach the decision of whether or not to recommend a death sentence. Finally, unlike other criminal cases in which appeals begin in the lower appellate courts, the statute approved in Gregg provided for an automatic appeal of any case resulting in a death sentence by the state supreme court. This was in addition to the regular appeals at the lower courts.

Other standards and guidelines have been adopted by public defense systems, the American Bar Association, prosecution and courts. For instance, most states require that two qualified defense attorneys are assigned per defendant in capital cases. Consultation with experts in the collection and presentation of mitigation evidence and evaluation of defendants by mental health professionals are generally required as well.

Jury selection is also a much more involved process. Given the length, complexity and unique juror qualification requirements of death penalty cases, pools of prospective jurors can reach into the hundreds. Therefore, selection in capital cases takes much longer to complete than in non-capital cases.

The overall increase in costs for death penalty cases reflects these procedural requirements. This results in the differences in how death penalty cases proceed through the investigation, pretrial, trial, sentencing and appeals phases, each of which is considerable more complex and time consuming than in non-capital cases.

Some people may also make the mistake of attributing the high costs solely to defendants’ appeals, and to the defense for pursuing them. It is indeed a fact that litigating appeals in death penalty cases costs more than in non-capital cases because they are far more complicated and require more prosecutors, defense attorneys and judges to be involved.

However, we have discovered that every phase of an average death penalty case – not just the appeals – takes more people and more effort. In Oregon, for instance, there are at least two times the number of hearings and court filings in aggravated murder cases where the death penalty is sought than in similar cases where a death sentence is not sought. That leads to a lot more time and expense.

Are economic costs the only consideration?

Courts around the country as well as the U.S. Supreme Court have struggled with the application of the death penalty over the last 40 years. The process of judicial review has relied heavily on the Eighth Amendment’s cruel and unusual, culpability and proportionality considerations, which have involved issues such as cognitive disability, age and race.

Further, there is no credible evidence that supports the death penalty as a deterrent. There are considerations to be made in regard to the personal needs of friends and family members of victims as well as their role in the legal process. There is mounting empirical evidence of disproportionate application of the penalty based on race, economic inequality and geographic location.

Indeed, the majority of financial costs to taxpayers are geographically limited to counties. Economic costs are important when thinking beyond the cost and effort in criminal cases, to how costs factor into prosecutorial decision-making. If the high cost of the death penalty discourages prosecutors from seeking the death penalty, then that raises serious equal justice concerns.

The brunt of the financial liability in most death penalty cases rests at the county level. Many district attorneys must also consider the financial hardship that seeking death might place on their jurisdictions. Some might find it untenable, partly because of the economic costs.

There have been recent studies, including our own, which show that only a small number of counties are active in pursuing death sentences. For Oregon and Washington, these counties have larger populations, larger tax bases and increased resources.

For example, three recent cases in King County, Washington cost taxpayers over $15 million. It is very likely that other counties in Washington would not have the resources to pursue the death penalty if these cases arose in their counties.

Innocence, especially considering the finality of execution, has been a salient talking point for those against the death penalty. Now, economic costs have also become a prominent consideration in critical assessments of capital punishment systems. As we and others have found, seeking the death penalty is not only a fraught and often futile endeavor, but an expensive one.