The Death of the Singapore Dream 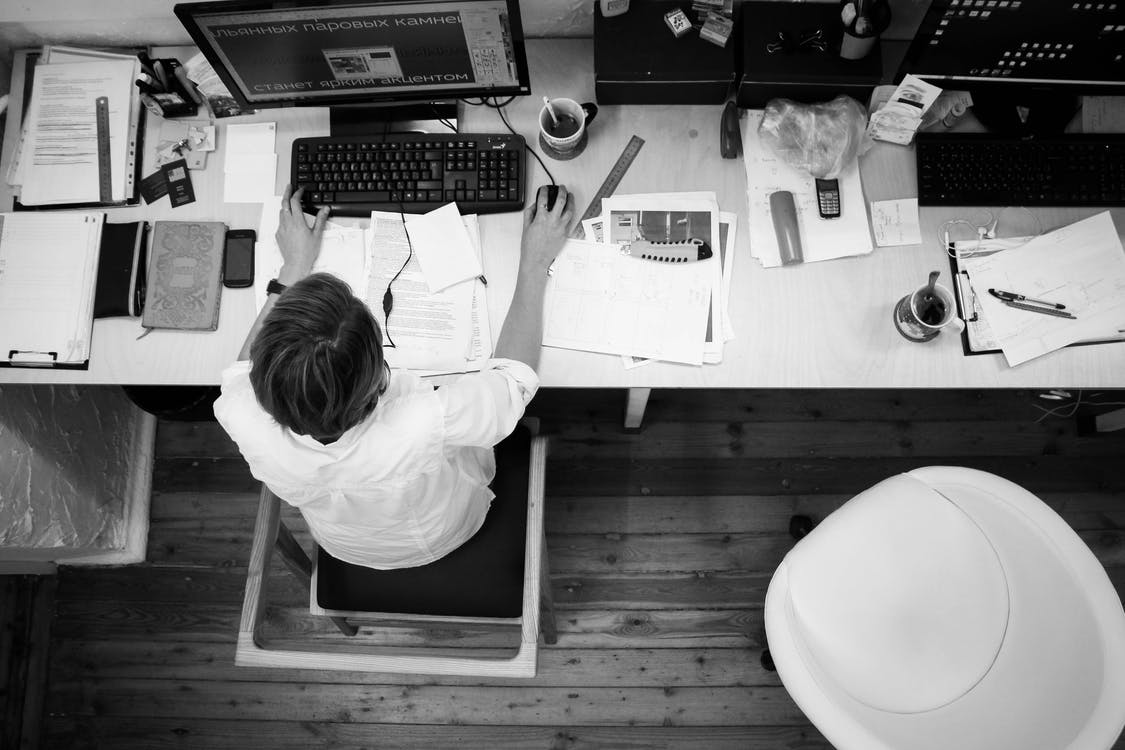 I grew up on the Singapore Dream. Study hard, get good grades, go to a good school, get a good degree, get a good job. Be a doctor, lawyer, engineer, some high-status PMET with an enviable pay package and guaranteed Central Provident Fund contributions. Then, and only then, will you be successful.

What they won’t tell you is that if you fall short any step of the way, if you fall off the bridge to success, you’re on your own.

An article on Channel News Asia reveals the existence of the graduate poor: chronically underemployed graduates with full-time jobs but earn less than $2000 a month.

It’s a small number. 70 out of 1626 graduates. Four percent. A tiny number, easy to sweep under the rug, or to fold up into a government-driven career enhancement scheme. You might even go your entire career, your entire life, without meeting anyone like that. But if you’re one of them, chances are, you’re not going far.

I know. I’m in similar circumstances.

Ten years ago, having been rejected from Singapore’s three major universities, I had few choices and less hope.

After secondary school, I spent two years in Junior College and graduated with GCSE ‘A’ levels. Elsewhere in the world, ‘A’ levels might mean something. Here in Singapore, they serve just one purpose: a passport to a local university. Nobody wants A level graduates. There are job advertisements for people with O levels and diplomas and degrees, but nobody cares about A levels. Fail to qualify for a local university, and you’ve just wasted two years of your life.

What next? A private school. The school of last resort.

Other schools — Kaplan, Singapore Institute of Management, PSB, INSEAD, James Cook University –don’t enjoy the same cachet. Some aren’t even known at all. But when the rest of your life is staring at you and all you see is a wasteland of bills and broken dreams, you pick the best option you can find and roll with it.

I decided on a degree program. Media management, building upon my experiences as a writer and as the co-founder of The Online Citizen. I figured I could get into journalism some day, or at least something related to it. I discovered a part-time programme, promising a diploma in a year and a degree in another. No fuss, no extraneous classes or unnecessary socializing to suffer through, just classes and homework and exams and done.

Reality kicked in soon after. I had just over twenty people in my classes at Kaplan. A grand total of two people, over two years, were job-seekers. Everybody else had a job.

Here’s what they don’t tell you about part-time programmes in Singapore: they don’t have the same prestige as full-time programmes. They aren’t even aimed at fresh-faced A level graduates. They’re meant for employees who want higher paper qualifications to qualify for senior roles. Once they have the diploma or degree, they go back to work and get promoted.

I don’t blame anyone for this perception. Coursework in the programmes was minimal, something like two or three assignments per module. Coming from a mid-tier junior college, I found the assignments easy. After writing thousands upon thousands of words dissecting the end of the Soviet Union, discussing Decartes’ philosophy, and comparing Keynesian economics to Singapore’s policy of managing trade-weighted exchange rate index, the homework was a breeze. Exams were no different: compared to the A levels, the exams were far less demanding.

After all, the programme was for working adults with full-time jobs. All I had was a freelance data entry position. A soul-numbing dead-end gig that paid by the hour, and offered plenty of time for study and research.

I graduated near the top of the school in the top fifteen percent of my cohort, and was invited to the Golden Key International Honour Society. Surely that counted for something. It should have wiped out the disaster that was my A levels.

I’ve sent out dozens, hundreds of resumes. Every month, every week, every day, I applied for job after job after job, hoping that someone would notice. Until then, I crunched numbers and copied clauses, wrote story after story, and picked up whatever freelance job and short-term contract job I could find.

I did this for eight years.

In eight years, I received nothing.

Less than one percent of my applications made it to the interview stage. None of them went anywhere. The other ninety-nine-odd percent was greeted with silence.

It didn’t matter where I applied to. The government, the media, PR and advertising firms, publishing companies, frontline positions in other industries, private tuition, schools, copywriting companies, even a temple.

Over eight years I dropped my CV at every major headhunting agency. The only jobs on offer paid less than what I was making through my other jobs… or jobs I wasn’t qualified for.

Every year, some ten thousand fresh graduates enter the job market in Singapore. In 2014, it was fifteen thousand, and the number keeps rising. These newcomers compete with the old hands for a small pool of jobs. Fail to get a job, and you get left on the shelf. The longer you go without a job, the less likely you’ll ever have a job.

The time-honoured solution to unemployment and underemployment, championed by the government, is to get more skills. Up-skill, re-skill, deep skill. Get a new diploma, bachelor’s or master’s. If you ever need help, you can turn to the Jobs Bank, the Workforce Development Agency, Skillsfuture.

Been there, done that.

I applied for untold numbers of jobs at the Jobs Bank, along with every other job portal in Singapore. Silence.

I was recommended to the WDA. I sat through an interview, where a counselor provided me with a file filled with employment advice. How to pass an interview, how to frame your CV, how to comport yourself professionally, and… not much else. At the end of the session I didn’t feel like I’d learned anything new.

At the Skillsfuture website, I was pointed to their in-house job portal… and Jobs Bank and WDA.

What about getting new paper qualifications? Out of the question. I can’t afford to spend that kind of money, and I’m not going to spend another year or two of my life chasing more paper if it won’t guarantee a job.

Welcome to Singapore. Fall off the bridge to success and no one will catch you.

For the past fifty years, Singapore’s children grew up to the same litany. Study hard, get into a good school, get a good job. Be a doctor, lawyer, engineer. Don’t be a streetsweeper or karang guni man or toilet cleaner.

White collar work has always held a great degree of prestige. You get to sit all day in a cool office, work from just 9 to 5, and earn yourself a huge paycheck. A far cry from back-breaking labour from dawn to dusk, leaving you sweaty and smelly and tired, and you’re paid only in pennies and peanuts.

But no matter how much society holds white collar jobs in high esteem, there will always be a need for blue collar work. Someone has to take out the trash, construct new buildings, maintain the sewers, sew the clothes, haul the goods, and do all the difficult and dirty work of upholding civilization.

Singapore sidesteps this problem by bringing in guest workers from overseas. Go to any construction site and you’ll see what the workers are all foreigners. Filipino maids are a dime a dozen. Street sweepers and rubbish collectors are almost always guest workers. Young migrant workers do most of the menial labour in Singapore, while elderly men and women handle (relatively) less labour-intensive jobs like cleaning toilets and hawker centre tables.

Which squeezes out Singaporeans and forces them into the white collar industry.

At the same time, it is extremely easy for local companies to hire ‘foreign talent’ for senior management positions: all an employer need do is to post an ad on Jobs Bank before applying for an Employment Pass for that position.

The system is flawed. Degree inflation has set in long ago. Local culture snubs skilled trades that are so valued elsewhere in the world. Singaporeans are squeezed out of or discouraged from blue collar professions, and have to compete with skilled foreigners in white collar jobs.

For most Singaporeans, it doesn’t matter. Study hard, get into a good school, get a good degree, and with a modicum of presentation and soft skills, you’ll have a good job and a career.

But if that doesn’t work out… what then?

Looking back now, I recognize I made many mistakes in my youth. They haunt me still. I can’t go back and change things; all I can do is change course and keep plodding on.

Sure, I’ll keep applying for jobs. But I’m not going to place my faith in the government or the private sector. Nor is getting a ‘good job’ and career my ultimate goal.

My goal has been, and always will be, to become a professional fiction writer. I’ve subsumed my life into this overriding pursuit. It has yielded a number of skills, skills that have found little purchase in my country–but have been appreciated elsewhere. My fellows keep saying don’t give up your day job, but if you’ve never had a day job to begin with it’s not like you’ve much of a choice.

The Singapore Dream is dead to me. But I’m not going to give up, and I will not surrender my own dream.

If you’d like to support my writing, check out my latest novel HAMMER OF THE WITCHES

Benjamin Cheah is a noted science fiction and fantasy author who writes under the name Cheah Kai Wai. One of Cheah’s stories, FLASHPOINT: TITAN was recently nominated as a finalist of the prestigious Hugo Awards.

This article was first published here. It has been re-published with the author’s permission.