So touching: Singapore fan gets condolence letter from Tottenham Hotspur 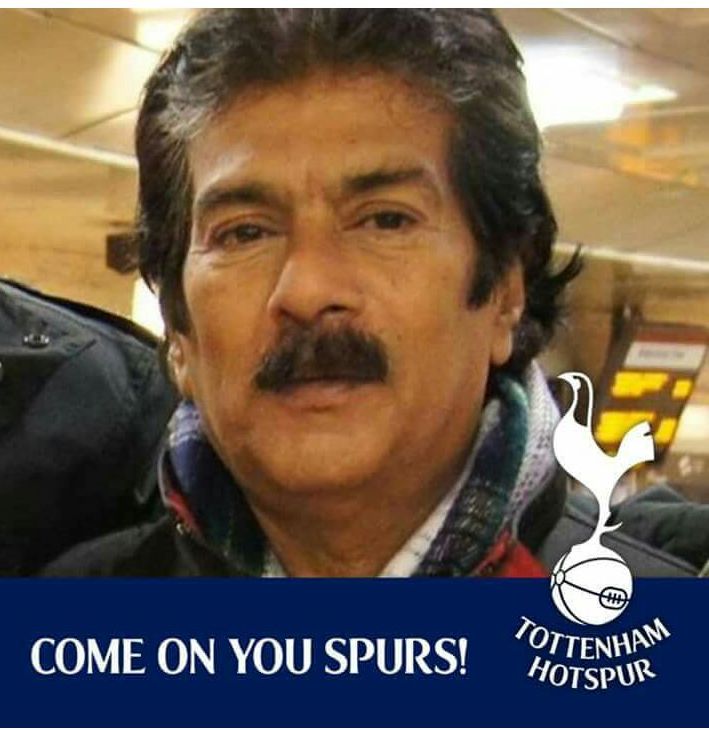 ON the Wednesday Tottenham Hotspur shockingly turned the tables with a 3-1 win over Champions League title-holder Real Madrid, my eldest sister in Woodlands Street 41 got a breath-taking letter from the English Premier League club.

The extraordinarily warm letter was personally signed by Tottenham’s Argentinian manager Mauricio Pochettino and he forwarded the club’s condolences on the recent death of her husband, Balachandran Nambiar.

Speechless, shaking her head in disbelief, the one-page reduced her to tears that one of England’s oldest London-based football clubs, which her late husband supported for over half-century, took notice of his demise and even formally acknowledged his fan-sacrifices in the official souvenir programme for the match between Tottenham and Real Madrid at Wembley, which was played before 83,782 fans.

“I was so overwhelmed that my hands shook when I saw the condolence letter in the mail,” says Balamani Nambiar, 65, a retired educationist, whose family of two, sons Navin and Nitin, supports Spurs (nickname for Tottenham), with the fanatical inspiration of her late husband.

In the one-page letter, Pochettino wrote: “It is with great sadness that we heard the news of the loss of Balachandran Nambiar. We have been aware that he supported Tottenham Hotspur all his life and loved football.

“I should like to extend my deepest condolences to you and your family on behalf of all the staff and players here at the club. We know that he will be sadly missed. Our sympathy goes out to you all at this difficult time.”

For the record, the Nambiar family of Woodlands Street 41 swears by the SAS-styled motto of Tottenham Hotspur: Audere Est Facere (To Dare Is To Do).

Yes, to the average person who doesn’t speak Latin, these words mean nothing. But to a Tottenham fan they represent the philosophy embedded in the foundation and history of their globally-famous London-based club, based on SAS (Special Air Service, the elite special commandos of British Army).

Daringly, I say, this is a rare true-life tale that must be put in print and recounted umpteen times in memory of the patriarch of the family, Balachandran Nambiar, who was a prolonged cancer victim.

The 69-year-old, almost religiously, if not fanatically, united his immediate family, even brothers and sisters, uncles and aunts, nephews and nieces, right down to the grandchildren, too, to the love for football and, in particular, the fanaticism towards Spurs.

And symbolically, on the evening of his tragic Saturday demise on September 23, Spurs probably gave the biggest salute to this exemplary Singapore fan in the 3-2 away-from-home win against West Ham, which would have brought Nambiar roars-galore, if not for his untimely death at the Khoo Teck Puat Hospital.

Eldest son Navin was bamboozled by the personalised letter from Spurs and promised to frame it in the living room of their five-room apartment, next to a wall full of club souvenirs from jerseys, scarves, pennets and other autographed artifacts from White Hart Lane (home ground of Spurs).

Navin recalls that the sporting highpoint of the Spurs-adoring Nambiar family was the Christmas holidays in 2010 when the foursome visited White Hart Lane (the London home ground of Spurs) after Nitin (younger brother) won an all-expenses-paid family holiday in a national quiz competition by Singtel MioSports.

To put on record, Balachandran’s fanaticsm for Spurs started in the 1960s in cranky and crazy ways when the London-based club was among the English football kingpins, the legendary glory days, when it was a time of “firsts” for Spurs and for England.

He idolised Jimmy Greaves, Danny Blanchflower, Dave Mackay, and Cliff Jones, all footballing legends who perfectly fit the philosophy of play at Tottenham. “Daring To Do” is simply all about playing attacking and entertaining football, and with players like Greaves, Glenn Hoddle, Osvaldo Ardiles, Ricardo Villa and Paul Gascoigne, playing at White Hart Lane throughout the years, it has not just been a motto but a reality.

When Balachandran married schoolteacher Balamani, she, too, got passionately hooked to the Spurs-fever, which further filtered down to the two children. Navin even ventured into semi-professional football in 1999, with Jurong Football Club, under famous coach V. Sundramoorthy.

He is married to Ellya Abdullah, the only daughter of the late “Gelek King” Dollah Kassim of ‘Kallang Roar’ fame of the 1970s. The couple has two football-fanatic Spurs-supporting babes, Arhaan, two, and nine-month-old Zaara.

“My father encouraged us to use sports, especially football, as a vehicle for personal and professional improvement. It motivated us tremendously as the passionate-way we supported Spurs, week in and week out, drew the family closer,” says Navin, who now runs X-League (one of Singapore’s leading social football leagues) and also lectures at Nanyang Polytechnic.

Nitin, who’s described as a “walking football encyclopedia” after he won the nationally-televised SingTel MioSports quiz, seven years ago, is hooked the football-way, too, and works as a producer with Eleven Sports Network.

“This latest tribute letter from Spurs is simply mind-blowing,” says Nitin. “The family was stunned, perhaps surprised, that the world-famous club personally saluted my late Acha (dad, in Malayalam) and showed care and concern for the family.

“In an era where everything is about making money, Spurs have clearly shown to have gone the extra mile to connect with its fans on an emotional level. I’m sure Acha will be smiling up there, if he ever got to see this nostalgic letter.

“Significantly, if not poignantly, it goes to show how Spurs value every football fan, dead or alive. This is the endearing philosophy of this No 1 club we adore. Something that must be emulated, even in Singapore, to build the iconic football culture.”

Navin summed up his Spurs-fanatical dad as a “very hardworking father, passionate about his work, movies and football” and even when he was diagnosed with cancer two years ago, he seldom moaned or groaned.

“He accepted his medical fate. He never complained about his illness and like a true sportsman, endured the prolonged pains as part of ordinary lifestyle. He just wanted us to continue to be the best we can be, career and family-wise, and encouraged us to pursue our dreams, without fear or favour.”

Balachandran’s wife, retired educationist Balamani, who is wheelchair-bound after a tragic road accident three years ago, singled out how her husband used the powerful principles of football to unite the family.

She adds: “The family bonding through the fanatical support of Spurs gave a tremendous boost and belief as Navin and Nitin grew up. Football was truly in our family-blood, apart from the love for movies.”

It simply symbolised the Nambiars’ belief in their iconic club and how their divine-like love for football continues to remain like a icon family institution.

“I’m very grateful and feel blessed that my father lived a fulfilling football life. The 2010 trip to White Hart Lane was the ultimate dream-come-true vacation for the family. He witnessed my wedding to Ellya and he got to play with his two grandchildren, who are starting to appreciate football,” says Navin, with tears welling in his eyes.

“By God’s grace and his absolute fanaticism for Spurs, he lay in his coffin on September 23, the Saturday evening Spurs won 3-2 in London. We dressed him in his favourite Spurs jersey. I wished he could’ve watched the big match! That, to me, was the perfect send-off for an ultimate football fan and father, who diligently used his Spurs’ dedication and devotion to unite the family.”

Even the final revered salutes before he was cremated at Mandai Crematorium came from the white-Spurs-coloured coffin, where the late Balachandran laid peacefully, wearing the white-blue Spurs jersey, which was the impeccable tribute for a gentleman, who preached the best values of football.

AFC (Asian Football Confederation) former longest-serving general-secretary Datuk Peter Velappan, who served from 1978 to 2007, in a SMS to me, says: “This is true patriotism and loyalty. I’m impressed by Tottenham’s personal gesture to a Singapore fan, thousands of miles away. It symbolises how much they appreciate the loyal support of their overseas fans.”

In my opinion, as the brother-in-law of Balachandran, I must write that the footballing Gods have been kind to him. His passionate family-ideology may well be a perfect script for a potential Singapore-styled football movie, going on the lines of the motto of Tottenham: Audere Est Facere (To Dare Is To Do).

He’s probably the first Singaporean to ever get such a dreamy pat-on-the-back. And perhaps the best smiles from heaven will come when Balachandran’s club wins the Premiership title (or even the Champions League honours) this season.

Emotive nonsense, you may say?

Definitely not to the daringly-faithful Balachandran, who has supported the club for over 50 years, and he can finally say: Thank you for your final personalised letter to me!

Suresh Nair is a Singapore-based journalist who has known the Nambiar family for over half-century. His elder sister, Balamani, married the late Balachandran. And yes, he, too, fanatically supports Tottenham Hotspur.Follow us on Social Media