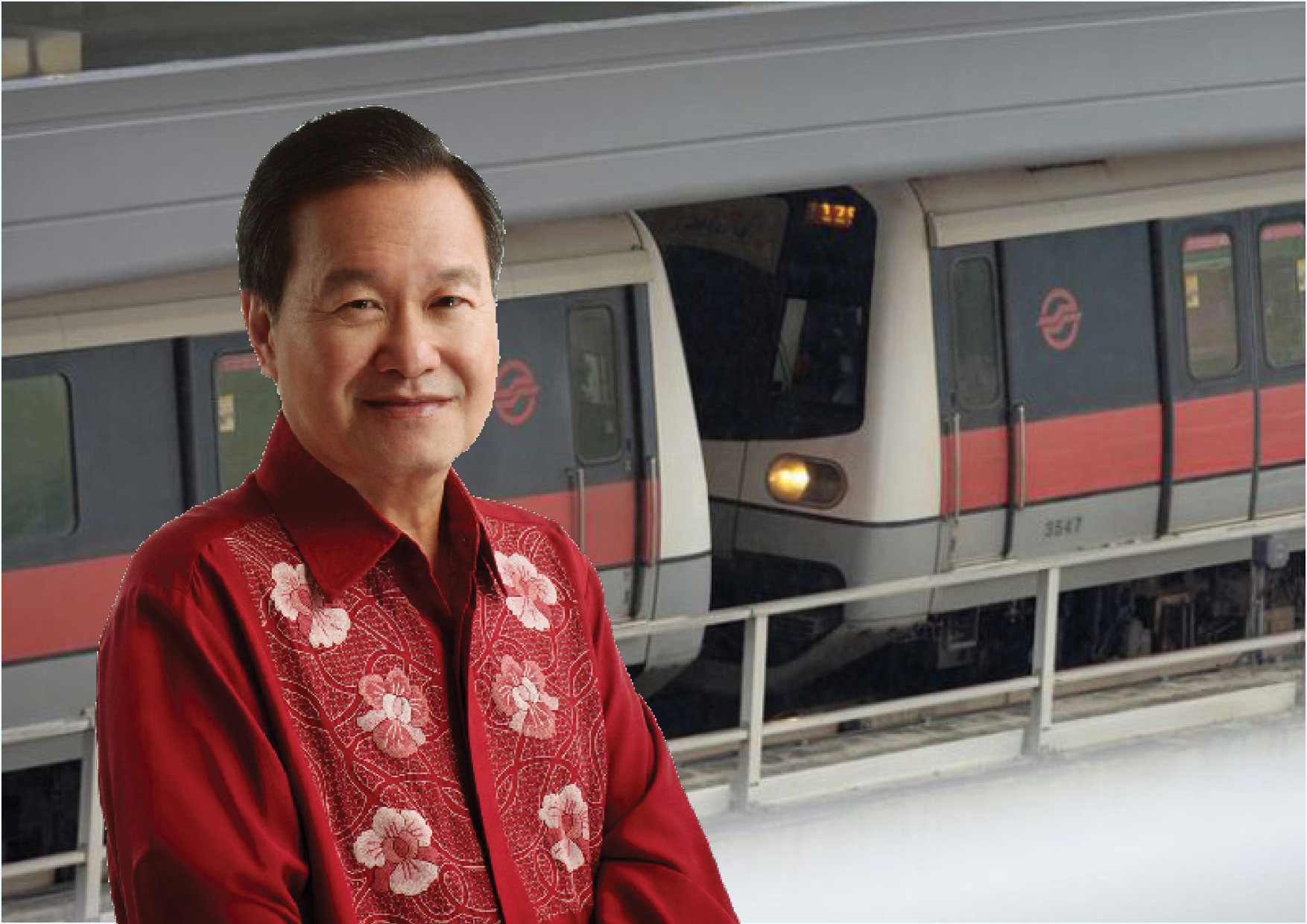 Former presidential candidate Tan Kin Lian has suggested that SMRT’s tender system may be to blame for the frequent breakdowns plaguing Singapore’s public transport system, in a Facebook post uploaded in the wake of the Joo Koon MRT collision earlier this week:

“I met an engineer who has been in the contracting business for two decades. He also provide cable testing services. I asked him about his view on the frequent MRT breakdowns and if his business involve the testing of cables in the MRT system.

“He was very convinced in his reply, He said: The problem is with our tender system. We get various contractors to tender different parts of the MRT system. All the systems need to interact with each other.

“Under the tender system, the award is usually given to the lowest tender. Although the government has introduced the two envelop system, it does not work.

“The winning contractor may be squeezed as their bid has a low margin. They may resort to buying lower quality materials or using unskilled workers. This has led to quality issues.

“I agree with his view. Another engineer, who worked in the marine industry, said that it is important to have a quality audit plan that is carried out rigorously. He suspected that this was not done with SMRT.

“For many years, I have seen the weakness of the tender system. I believe that there is a better way to award the project to the contractor that does not involve competitive tendering. I will write about it in a separate article.

“We are now seeing the outcome of the weakness of the tender system. The cost of this bad practice is much higher than most people had anticipated.”

“For the past two decades, I have taken a view that the competitive tender system is a bad system. The principal may get a lower price but the contractor may cut corners and provide inferior material and workmanship to keep a profit.

“It is difficult for the principal to monitor the work closely. It also leads to conflicts, and request by the contractor for additional payment due to variation orders. It is a game. One party tries to “cheat” the other party.

“What is an alternative system?

“In asking for tender, the principal will disclose the estimate made by the quantity surveyor. This will help the bidders to prepare their bids.

“When the bids are received, the principal should select a bid that is close to the estimate and award the contract to the bidder that has the best resources including the quality of the manpower and their availability.

“The principal should give preference to the contractor that has fewer projects on hand, as they can focus on the new project.

“The aim of this system is to give a fair price to the contractor for the project, so that they can focus on doing a good job, rather than worry about cutting cost. If they have a good profit margin, they will not have to cut corners on the quality of materials or workmanship.

“If a contractor cuts corners to make a bigger profit, they should be barred from future projects.

“This system of awarding a fair price will encourage contractors to build up a pool of permanent workers who can develop their skills. They are assured of a continuing flow of work.

“I suggest that the public sector adopt this new system of awarding projects based on “a fair price”. The private sector will be encouraged to follow this practice.

“Suppose the fair price for a contract is $200 million. Under the current competitive system, a contractor may bid $180 million to get the job. They may look for ways to reduce their cost, such as using cheaper materials (i.e. lower quality) or cheaper workers (i.e lower skill). This will have serious impact in the years ahead.

“Alternatively, the contractor will find ways to ask for additional payments through variation orders to get the additional $20 million. This can lead to disputes. The principal may end up paying the same cost.

“The system of getting the principal to disclose its estimate also helps the contractors to prepare their bids at a lower cost. They do not need to carry out the entire work as they can use the principal’s estimate as the basis to make adjustments to their final bid. It will remove most of the uncertainty and allow the contractor to focus on where they can add their value.

“The most important benefit of a “fair price” system is that it allows contractors to build up a pool of permanent workers who can develop their skills over time. They will be confident that they have a job that for many years. The contractor will also be confident of providing this assurance to their workers.

“We have seen the harm that comes from our competitive tender system, as reflected by the continuing problems in our MRT system and also the poor quality of many new property projects.

“It is time to consider a better system to award projects to contractors, based on a “fair price” system.”

I met an engineer who has been in the contracting business for two decades. He also provide cable testing services. I…

For the past two decades, I have taken a view that the competitive tender system is a bad system. The principal may get…