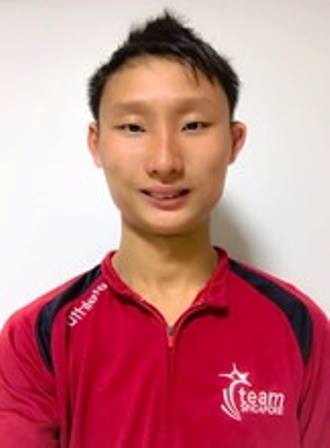 Kok Kiat Xuan is not an average youth. Besides being occupied with his studies and career, like his peers, the 23-year-old is also a national champion in the Olympic sport – the modern pentathlon – and is gearing up to represent Singapore in the upcoming Asian/Oceania Modern Pentathlon Championship and the next Asian Games.

Although modern pentathlon is not as well-known as other sports in Singapore, it is an extensively challenging sport involving five sub sports: fencing, 200m freestyle swimming, show jumping, pistol shooting and a 3200m cross-country run.

Kiat Xuan, who was initially only trained in four of the five sub-sports, decided to give the modern pentathlon his all one and a half years ago when he chose to compete in the Asian Modern Pentathlon championship in Kyrgyzstan and saw many possibilities after participating in the race.

“Modern pentathlon is quite a challenging yet fun sport and since it contains 5 sub sports, the game and the final result can change at any point of time. Also to conquer any sport, it takes a lot of effort and passion so I decided to give it my all.”

However, despite his successes, the young athlete faces distinct challenges since he is supporting himself.

“It is challenging to get access to training funds and facilities to support my sporting dream. As my sport is still relatively new, I can’t get funding easily and so have to fund my sport from my own pocket.

I also need to find different clubs to train each individual sport at my own cost. This is especially difficult when it comes to shooting and running training. In modern pentathlon, we need to complete a combined event of shooting a pistol five times or for 50 secs and then running 800m 4 times. Since the laser air pistol we use in the sport is still a controlled item in Singapore, I can only train in specifically approved fencing studios that the Singapore Modern Pentathlon Association provides which is not too ideal especially since I also have to set aside some funds to train for the equestrian event which is expensive in Singapore.”

Because of this, Kiat Xuan sometimes stops going for training and just trains on his own to conserve his funds. He told TISG that although he loves his sport, the financial burden made him reconsider pursuing the Olympic sport:

“Sometimes I wonder whether all of this is worth it. But my dream keeps me going.”

Thankfully, Kiat Xuan’s financial stresses have now been alleviated thanks to the Chiam See Tong Sports Foundation which has swooped in to offer financial assistance to Kiat Xuan and other young athletes like him.

The Chiam See Tong Sports Foundation is a non-profit organisation launched in March 2017 that aims to positively impact the next generation of Singaporeans by offering sports opportunities to children and youths from disadvantaged families.

The Foundation is built upon patron-in-chief, six-term Member of Parliament Mr Chiam See Tong’s belief that, “Our children are our future, and we must provide them with as many opportunities as possible, so that they will find many paths towards being successful, patriotic Singapore-ans. Sports is a unifying tool for nation-building and in building strong community bonds. We must continue to find ways to work together as a community, and to continue having faith in our children, and in believing in them.”

On supporting Kiat and his dream to represent Singapore in modern pentathlon, the Foundation’s vice-chairman, Mr Jose Raymond, said:

“One of the objectives of the Chiam See Tong Sports Foundation is to help athletes who do not qualify for state funding for one reason or another, but who display tremendous grit and determination in wanting to achieve their dreams.

“We are impressed with Kiat’s desire to wear the Singapore national flag on his chest, and we do wish him the very best in his quest to represent the country in a sport he loves.”

Kiat is immensely grateful for the Foundation’s timely sponsorship:

“Chiam See Tong Sports Foundation is the only organisation which believed in me and supported my passion to excel in this sport, as I try and bring glory to Singapore.

“The assistance I’ve received from the Foundation helps me with my expenses and in my training. The financial burden I have been carrying has definitely lightened and I can now pursue training without as many worries.”

The Independent Singapore recognises the good work of the Chiam See Tong Sports Foundation and is one of its main sponsors. If our readers would like to support the work of the Foundation, they can do so by participating in the Foundation’s charity auction, “The Act of Giving.”

The “Act of Giving” is an auction of exclusive and sponsored pieces of sports paraphernalia which have been specially created or donated for the Chiam See Tong Sports Foundation. All sales proceeds will go towards the running of the Foundation’s programmes for young athletes from under-resourced families.

Visit the auction site here: https://chiamseetongsf.org/cstsf-charity-auction/Follow us on Social Media