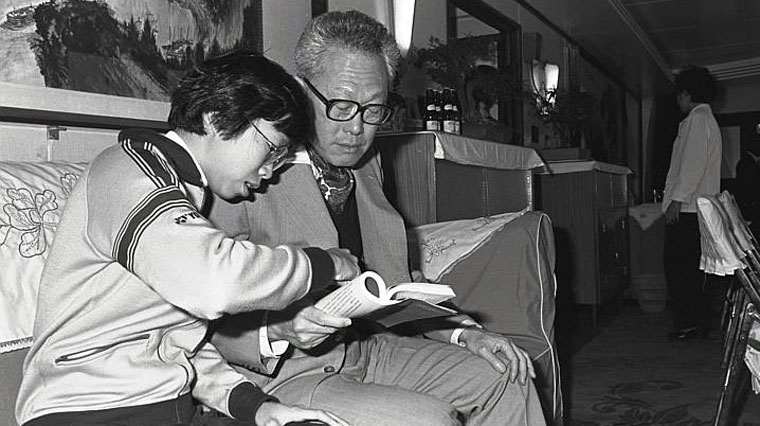 By: Kumaran Pillai
Lee Wei Ling is no stranger to politics in Singapore and in the past she has written so fondly about her papa, Lee Kuan Yew in numerous articles in the Straits Times that she gained a following here. But her political fortunes and influence changed with the death of her beloved father on the 23rd of March 2015.
Unknown to most of us in Singapore, trouble was looming in the first family in Singapore and to Wei Ling’s astonishment she was denied from expressing her views in the national newspaper, Straits Times when she wanted to say how the excessive hero-worshiping of LKY’s first death anniversary was abundantly over the top.
To her utter disgust and through the unfolding of the recent family feud in the wide spectre of public eye, she found out that she was no longer in the inner circle of the most powerful family in Singapore. Having lost her say and political clout, she resorted to social media to make her point.
She is strong willed like her father and she said in one of her past articles in ST, that she is the closest to papa in temperament – probably in intellect too considering her achievements in her career.
All she wanted was to protect the honour and legacy of her papa, she says. For what she saw as a blatant misuse of her papa’s political goodwill, which was being squandered by a bunch of political elite led by her brother Loong for his own “dynastic” ambitions.
Lee Kuan Yew once famously said that he’ll rise from the grave to protect Singapore from peril. What we saw in the last two weeks is no LKY. But, it is his daughter that has stepped forward to protect Singapore, and protecting her papa’s legacy.
In her numerous Facebook posts, she writes passionately about how her father wanted to selflessly build a better Singapore, how her father had the welfare of his people in mind and about how her father championed democracy and freedom of speech in Singapore. The irony, as she puts it, the powers that be, used the very power that her father build, on her, on LKY’s own flesh and blood.
Yes, Singapore has done this to our first daughter – the editors of ST have repeatedly shamed her, for her ‘bad writing’ and ‘incoherence’, according to Janadas Devan, former editor of ST.
An assistant sports editor also called her an “unfunny sourpuss,” for saying that the excessive hero-worshiping would have made her late father cringe. Like as though saying all that about our first daughter was not enough, they said she resorted to plagiarism. A low blow to someone her stature.
Despite the raining down of insults from ST Editors, past and present, under the charge of Janadas Devan, Wei Ling, went to social media once again on Sunday to reveal the full exchange of emails between the ST editors and her. This time sending a sharp message to her brother, Hsien Loong, drawing him out in the open.
Other opinion leaders have joined the fray, with PN Balji, a veteran journalist calling her a dissident for her snide remarks on Facebook. How does standing up for one’s right and protecting the very institutions that the founding fathers have painfully built, make her a dissident? Have we lost our ability to see the wood from the trees? Perhaps, it is the years of conditioning under LKY that has made him, this particular journalist, lose the plot.
Joining in the chorus of insults, Bertha Henson, another veteran journalist cut from the same ST cloth, chided Wei Ling for standing up against those who abuse their position of power. Hansen reckons Wei Ling needs help and Alfred Dodwell, a prominent lawyer in Singapore thinks Hansen’s remarks are defamatory.
Does ST think that they know Lee Kuan Yew better than his daughter? Has ST lost its journalistic integrity? Whatever happened to the factual reporting standards that LKY wrote about in his book Hard Truths? Lee Wei Ling has a point that her father would have cringed with all that hero-worshiping – what’s wrong in publishing her opinion openly in ST?
And while all this was happening, Ho Ching, the wife of Lee Hsien Loong posted a picture of a monkey giving the middle finger on Twitter, which appeared on her Facebook page.  She has apologised for her demeanour.
Some political observers say that this is more than just a family feud or about an article in ST. We do not know how deep the rift is and its impact in the political spheres here. Hsien Loong is the anointed successor of LKY, and some say that the iron lady is grooming her own son, LKY’s grandson, to carry the mantle.
All we know is that Wei Ling is hot on the heels to put an end to this passing of baton and it is going to take more than a picture of a monkey showing its middle finger to stop her in her tracks. Only time will tell if she’ll be able to surmount her political adversaries and fill in the shoes left vacant by her father or whether she has a permanent place marked for her beyond the blue gates.
—
Kumaran Piilai is the publisher of this publication.Follow us on Social Media