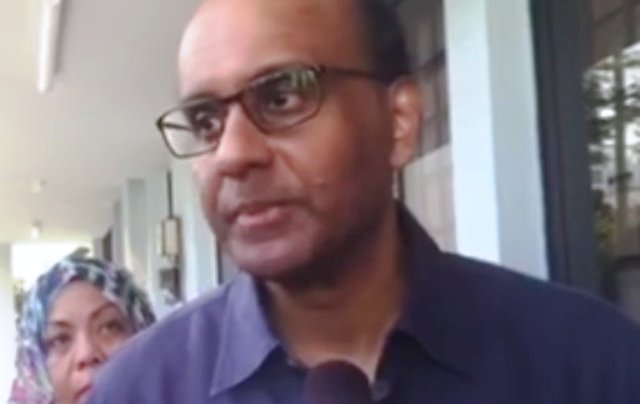 In a statement released today, the resigning Member of Parliament for Bukit Batok, Mr David Ong, has admitted that his resignation was due to “personal indiscretion” on his part.
He further added that he deeply regretted the indiscretion, and asked to be given privacy for him and his family to heal and rebuild.
Commenting on his resignation, the Mr Ong said, “I feel that it’s the right thing to do to step down for the best interests of the party, my constituents and family.”
The Deputy Prime Minister, Mr Tharman Shanmugaratnam, has also come forward to apologise to the residents of Bukit Batok single member constituency. Calling Mr Ong’s resignation unexpected, Mr Tharman in a statement said:
“Mr David Ong has apologised. But I want to say to Bukit Batok residents on behalf of the party that we are deeply sorry that this has happened. It is totally unexpected. But it has happened. And we must now rebuild. And we will. Our first priority is to make sure that Bukit Batok is in good hands until the by-elections.
That’s our first priority. It is a single member constituency, not part of the GRC. But it’s part of the Jurong family, together with Jurong GRC and Yuhua (Minister Grace Fu’s SMC). So we will make sure that it is taken care of. And that’s why Mr Desmond Lee (Senior Minister of State, Ministry of Home Affairs & Ministry of National Development) will be here on the ground making sure that residents’ needs are met. Making sure that the grassroots are together. We rebuild from here.
Secondly, Mr Ang Wei Neng (2nd term Jurong GRC MP) will take over as Chairman of the town council because it was David Ong who was also chairman of the town council and that will also happen with immediate effect.
So this is a set back. Residents will be disappointed. David Ong has worked extremely hard. I mean, he’s a really hard-working MP, he spends 4-5 times a week in Bukit Batok, weekends, weekdays, nights. They’ll be disappointed, but please don’t worry. We will take care of Bukit Batok.”

DPM Tharman apologises to Bukit Batok residents on behalf of PAP; says first priority is to make sure Bukit Batok is in good hands ahead of by-election. http://bit.ly/1plNv30
Posted by Channel NewsAsia Singapore on Saturday, 12 March 2016

—
article was edited for clarity after publication.Follow us on Social Media