Record corruption in the name of handling Covid in Maharashtra, alleges Fadnavis

Maharashtram accused of corruption with regards to Covid handling 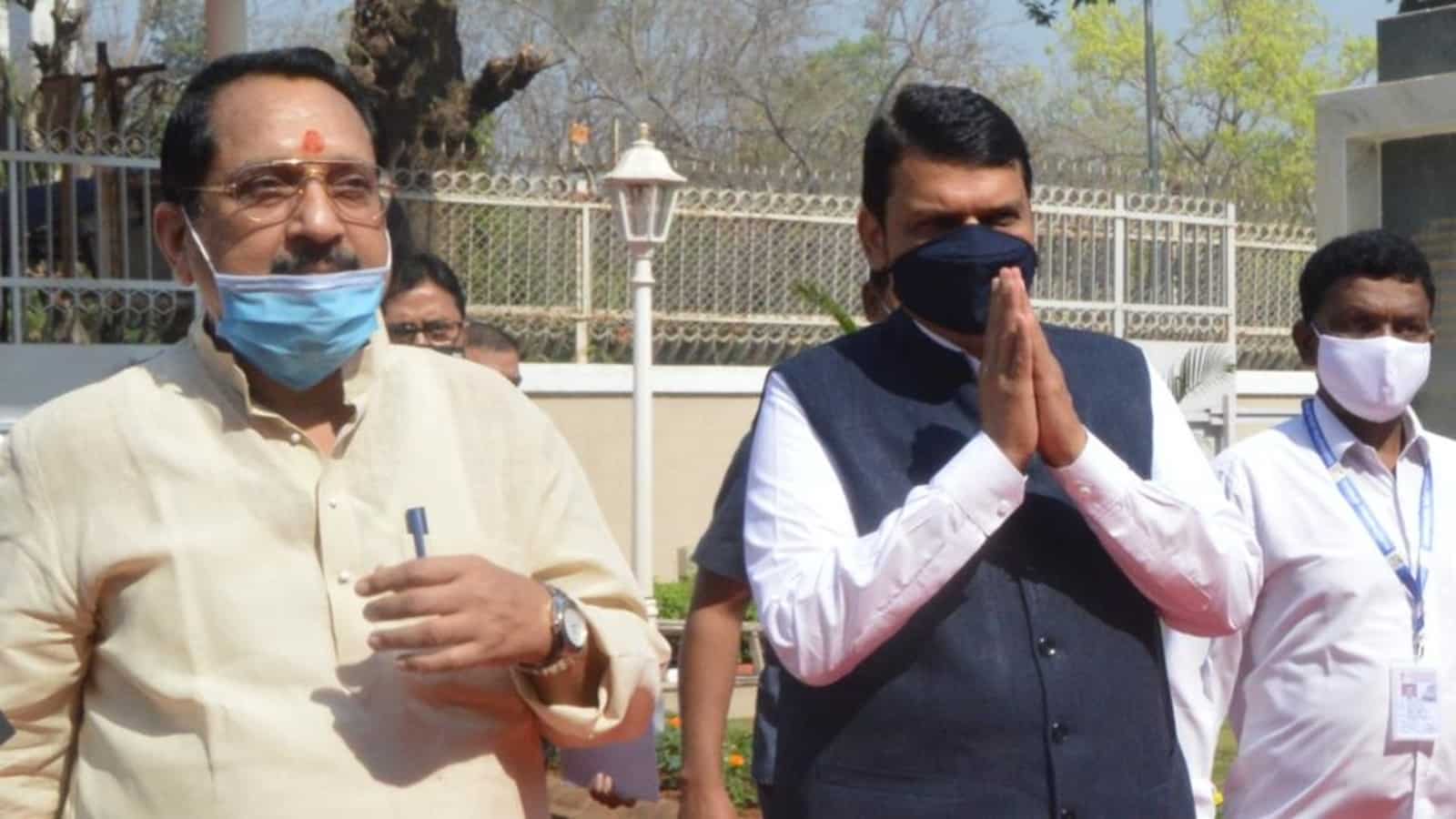 Mumbai — Leader of opposition and former chief minister Devendra Fadnavis attacked Maharashtra Vikas Aghadi government accusing it of large-scale corruption in handling the Covid-19 pandemic over last one year. The procurement made for thermometer, fans, bed sheets, dead body bags were made at much higher rates than the market prices and it should be probed by the state government, Fadnavis demanded in the Assembly.

He also said that the former forest minister Sanjay Rathod should be booked, holding him responsible for the death of a Pune girl as there is enough evidence against him corroborating his involvement from the 12 audio clips went viral on social media, a suspected abortion in Yavatmal by using fake address, mobile and tower location among others.

Fadnavis was speaking while participating in a debate on the Governor’s address in the state Assembly. “The state is patting itself on the back, saying they erected Covid centers in Mumbai in record time, but actually it is a case of corruption in record time. There was large-scale corruption in procurement of items to be used for setting up and operations of Covid centres. Rs.6500 was paid per thermometer which costs Rs.1200 in market, Rs.8.5 lakh was paid for taking bed sheets on lease which can be bought by spending Rs.2 lakh, Rs.90,000 was paid for taking fans on rent for 90 days, though they could have purchased number of fans in the same amount,” Fadnavis alleged.

Similarly, Rs.4.5 lakh and Rs.6.75 lakh were paid for taking chairs and wooden tables on rent, respectively. Body bags cost Rs.6,719 per piece to the government when their market price is just Rs.2,200, he added.

The opposition leader said the information documentation on effective planning to control Covid-19 pandemic in future has been given to Maharashtra State Road Development Corporation (MSRTC). “It should have been done by the state health department or medical education department,” he remarked.

He also cornered the Uddhav Thackeray-led MVA government over Shiv Sena leader and former forest minister Sanjay Rathod whose name surfaced in connection with suicide of a woman in Pune.

“There is no action taken in the suicide case even after 20 days,” the leader of opposition said.

“You will not be able to get sleep at night after all this,” he said pointing out at the chief minister Uddhav Thackeray who was sitting in front of him in the lower House.

In the legislative council too, opposition leader Pravin Darekar rapped the Uddhav Thackeray led government for its failure on all fronts. “The state just wants to claim credit for Central schemes where it has played no role,” said Darekar. “The chief minister declared that there should be no religious, political or social gathering due to the surge in Covid-19 cases. As a head of state, we are all bound to obey his instructions. But his own minister (Rathod) held a big gathering at Pohradevi temple. His own ministers are flouting rules with impunity.”

However the entire opposition staged a walk out when state transport minister Anil Parab indirectly remarked that Darekar was copying Devendra Fadnavis’s speech.

Fadnavis also claimed the government hasn’t sent the resignation of Sanjay Rathod to Raj Bhavan yet. Fadnavis, during the discussion on Governor’s address in the Assembly, said, “The chief minister had said that he has not kept the resignation to frame it, but I don’t think it has been sent [to the Governor’s Office yet]; have not heard anything on it yet. He [CM Uddhav Thackeray] might have kept to frame it, then i don’t know.”

A senior MVA minister, who is aware of the developments, confirmed that CMO till Tuesday evening hadn’t forwarded the resignation to Raj Bhavan. “It is the CM’s prerogative and he will decide when to do it, ” he said requesting anonymity.

Leader of Opposition Devendra Fadnavis on Tuesday questioned the probe announced by state home minister Anil Deshmukh into the tweets by many Indian celebrities.

“I would be proud if I had asked someone to tweet for my country. Let’s assume I asked them (celebrities) to tweet, what’s wrong in it? If there is propaganda against my country and if I had asked celebrities to stand for the country, is thisan offence? We aren’t afraid of your investigations. I am grateful you are holding an investigation for the tweets made for the country. This proves your “patriotism” (deshbhakti) and ours,” he remarked.

“The preliminary inquiry by the police has revealed the involvement of BJP IT cell including 12 others. The police are investigating the matter further,” Deshmukh said in the state assembly.

Maharashtra Congress’s general secretary Sachin Sawant said the BJP has confessed to have made the celebrities tweet in response to the tweets by international celebrities supporting farmer protests.Follow us on Social Media