Qatar World Cup: Big test for human rights activists who are calling for boycott, but could the big reasons they gave could also be valid? 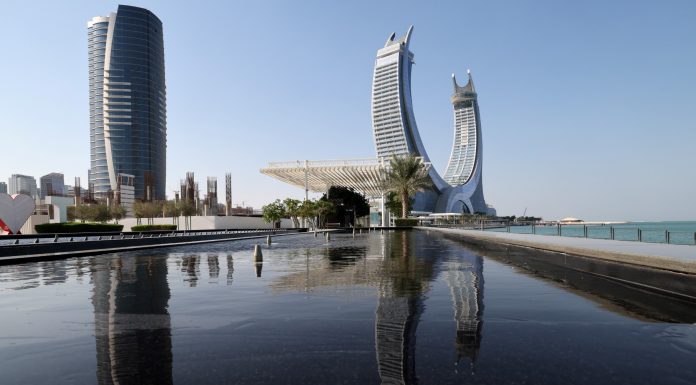 Human rights activists ‘expose’ and press on in the media or to their government about Qatar’s alleged crimes.

At the centre of the ‘rights’ war against Qatar is the treatment given to foreign workers in the Emirates. And there’s even more for the reasons behind it further below.

A massive campaign a month ago did not pull enough strings and power to get World Cup qualifying nations to either boycott the country, Qatar or simply boycott the World Cup by not sending their national teams to compete in the global sports competition.

Many of the activists probably thought there would be a massive impact against Qatar when they ‘expose’ and press on in the media or to their government on the country’s alleged crimes against foreign workers.

After the focus on the workers and their fate in Qatar, then came the pressing questions over LGBT rights.

But since Qatar is a strict Muslim nation where gay rights are not recognised and expressing such desires could lead one to jail or face the death penalty, the question is now whether LGBT fans can raise the Pride flag in the stadiums in Qatar.

After a lot of fake news that floated on little-known news websites and on social media, it is still uncertain whether the LGBTs can raise the flag during matches.

However, FIFA has already assured that flags of any colour will be allowed inside stadiums in the country.

Nevertheless, there is a warning signal. Such fans could be targeted by anti-LGBT groups. Thus, some are advising that it is better not to wave these flags at all.

On the other hand, the European Countries, unable to resist the World Cup glory and having already backed FIFA with the organisation of the competition in Qatar, have launched a last-ditch effort to defend LGBT rights.

In September, several European soccer federations demanded that their captains wear an armband with a rainbow heart design during World Cup games in Qatar to protest discrimination.

The last two World Cup champions, France and Germany, were among eight of the 13 European soccer teams travelling to Qatar who participated in the “OneLove” campaign, which began in the Netherlands. On Nov 29, the Dutch team will face Qatar in Group A.

FIFA rules forbid teams from bringing their own armband designs to the World Cup and require them to use equipment provided by FIFA.

But the armband is now the horse battle for players like Harry Kane from England, who will be one of the top players in the World Cup.

Harry Kane says he will wear a OneLove armband during the World Cup in the middle eastern country, despite FIFA’s prohibition.

Will he risk arrest or disqualification for this offence against FIFA rules? He should. It will be interesting though to see how FIFA will burn through its own rules to ‘protect’ Kane.

The World Cup and the failed rights activists’ movements to banish Qatar and the FIFA World Cup is more reason for people to stop associating sports with politics. Point-blank.