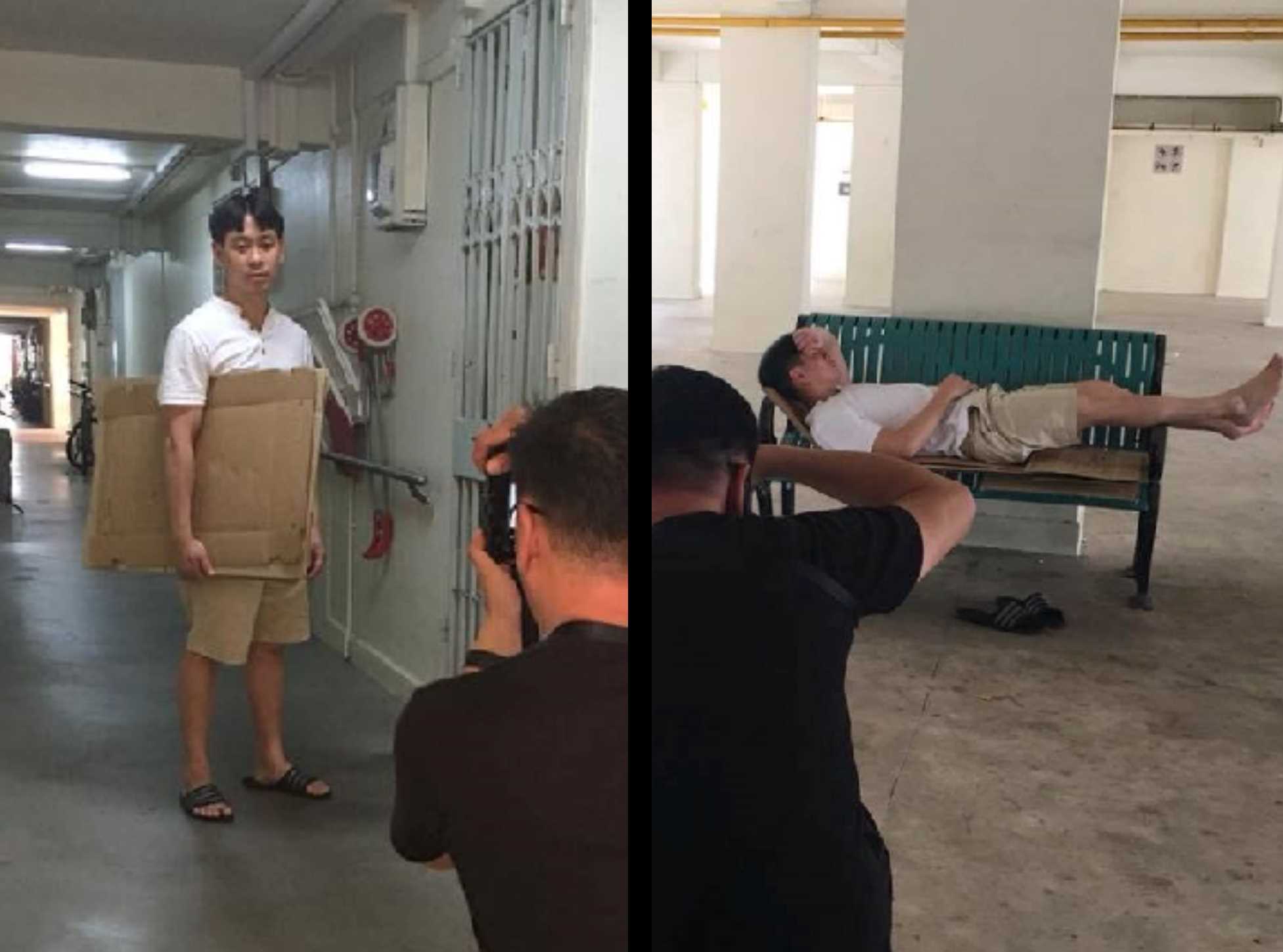 Ruling party parliamentarian Louis Ng has drawn flak online, after he posted a few images from a recent photoshoot where he appears to be posing like a needy person. In one shot, he stands outside a HDB flat with some cardboard tucked under his arm while another picture shows him resting on a bench in a HDB void deck:

While Ng shared that the photos are part of a “photoshoot for a campaign to speak up for and help the disadvantaged in Singapore”, some netizens have criticised the photoshoot.

While some netizens expressed their support for Ng, others questioned what the campaign is really about. One netizen, in particular, excoriated Ng for “posing like a hero” instead of helping the needy.

Ng and this netizen, Jimmy Thomas, then engaged in a lengthy back-and-forth in which Ng tries to convince the netizen that he does help people on the ground, to no avail: