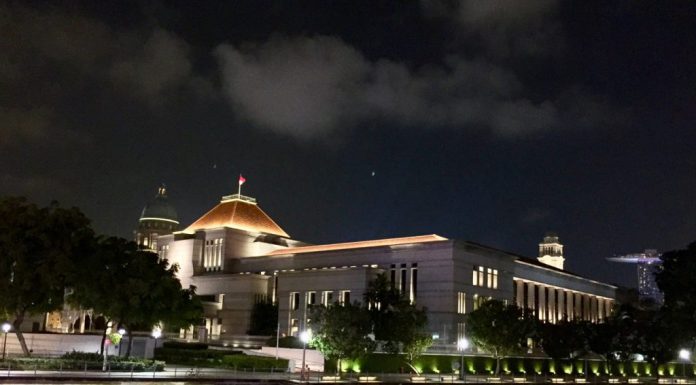 A group of individuals have made public their submission to the Select Committee on Deliberate Online Falsehoods, highlighting concerns that any new laws might only serve the political interests.

The group, consisting of educators, entrepreneurs and consultants – including Dr Edmund Chow from INSEAD – penned their submission in response to the Committee’s open call for public submissions earlier last month.

The group raise concerns about the Green Paper that preceded the appointment of the Committee, pointing out that “although the Paper mentions examples like racial or religious fault lines in our society and how online disinformation may affect them, there are more mentions of how online falsehoods may destabilise established political incumbency”.

“This causes some doubts as to the real intent of the Paper,” the group noted.

The submission also pointed out that concerns about the harmful effects of online falsehoods highlighted in the Paper might be misrepresentative of what is actually happening in cyberspace.

Two of the websites accused by Law Minister K Shanmugum for spreading fake news, The Real Singapore and States Time Review, did not quite fit the government’s accusations of what fake news website were trying to do, be it attempting to skew electoral outcomes or to make massive monetary gains.

The group also questioned why the government needed to implement more laws when current laws meant to deal with online falsehoods appear to be more than sufficient.

“Problematic online publications such as TRS were shut-down using the current laws and the public generally supported such actions by the Government,” the group pointed out in their submission. “This only shows that the public is with the Government in rejecting online falsehoods.”

However, the submission also pointed out the government’s lack of clarity in using such existing laws, when “existing laws seem to be selectively applied, while others seem too vague and are be applied as the Government pleases and appear to be imposed in order to make a certain topic taboo for further discussion”.

“It is important for the general public to understand the real intent of the (Green) Paper. If not, it will be perceived that the real reasons of the Government in convening the Select Committee are solely driven by its concern for disinformation destabilising the incumbency,” the group cautioned.

The group also listed a number of questions and issues that they felt the Committee and the government needed to address, including what constitutes a threat to national security, fairness in enforcing such laws, and distinguishing between what is made public and private online.

Highlighting the case of Li Shengwu’s contempt of court charges, the group questioned if Li, who published a “private” post on Facebook, should be more culpable than the person who captured and shared his post publicly, eventually to be reported by media.

Li was charged for writing that the Singapore government was “litigious” and has a “pliant court system”, which he later clarified was in reference to a Wall Street Journal article he shared rather than a comment on the judiciary. His case is pending.

Li is the nephew of Prime Minister Lee Hsien Loong and was embroiled in the family dispute that saw PM Lee and his siblings, Li’s father and aunt, engaged in a public dispute over the estate of the deceased former Prime Minister Lee Kuan Yew, the current PM Lee’s father.

The group also proposed some idea on how best to address online disinformation, such as cultivating online fact checkers and hoax busters rather than government-run websites like Factually, which “may not be the best source for such organic fact-checking communities to rely on as they may be perceived as propaganda rather than unbiased facts”.

They also called for an independent fact-finding committee to be set up instead, comprising of individuals that are trusted by the public, are non-partisan and made up of people from different professions, especially media professionals from both print and online publications.

Such a committee should “exercise the highest degree of transparency and have clearly spelled out rules and processes for verifying facts”. It should also “funded by the government but should have a significant degree of independence from it”.

“Such a framework of organic fact-checking communities supported by an independent factfinding committee will create an eco-system of unpolluted information and may be a better alternative to legislating new laws to curb online falsehoods,” said the group.Follow us on Social Media