P J Thum and Ramakrishna: Dangers of a steamrolled narrative 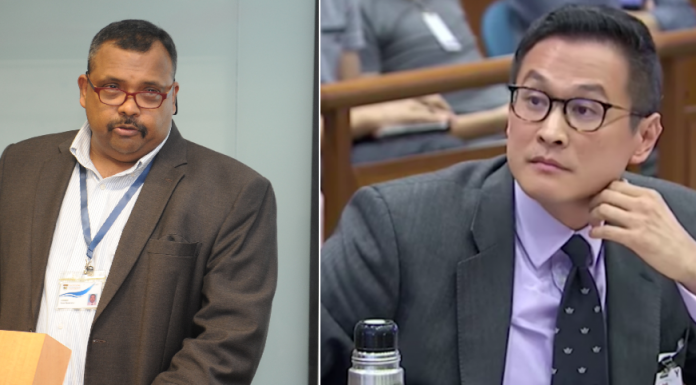 We are at a point where a dominant political party is relentlessly pushing its narrative of the events that shaped the nation. With a formidable array of resources at its disposal – think tanks, research centres, universities, even libraries and state-of-the-art book publishing capability – the danger is that such a “dettolised” narrative will be accepted by non-sceptical future generations as the absolute truth.

Should we allow such a steam-rolling of the nation’s history to take place?

What resources do people who disagree with the narrative have to present their case?

He took issue with the specific contentions made by Thum  – Operation Coldstore was mounted for political and not security reasons and “there is no evidence that the detainees of Operation Coldstore were involved in any violent Communist conspiracy to subvert and overthrow the Singapore Government”.

I would say that Prof Ramakrishna is standing on fairly solid ground on these. Mr Shanmugam went to great lengths to debunk Dr Thum at the Select Committee on Deliberate Online Falsehoods hearings.

But Prof Ramakrishna may have been unfair when he started to paint Dr Thum as an activist who did not seem to know when to act as an objective historian.  He said: “It is not clear where Dr Thum the academic historian ends and Dr Thum the partisan begins. Such fuzziness seems to have crept into his scholarship.”.

All this is for Dr Thum’s peers to judge.

The most challengeable part of Prof Ramakrishna’s article is his reference to the “slow-burn” effect: “Younger generations of Singaporeans immersed in such skewed interpretation of the past by Dr Thum and similar voices may develop historical amnesia, and, worse, outright cynicism towards public institutions.”

The exact opposite is more likely to take place. Indeed, there will be a slow burn and there will be cynicism – NOT towards revisionist or alternative narratives but the official controlled overplayed tune.

Hence, in the spirit of fairness, I reproduce in full an article I did in January 2014 in The Independent on a People’s Action Party founding leader Lim Chin Siong. I do this because Lim could well have been our first Prime Minister. Secondly, it was a clash between the same historians. Finally, I hope Singaporeans should always keep an open mind and be interested in the pivotal events which have made us what we are.

An on-going debate on the role and status of Lim Chin Siong, one of the People’s Action Party’s founding leaders, in the struggle for independenc can be seen as part of a wider attempt to unravel Singapore Story 101.

Let’s recollect the key points in the so-called clash of historians on Lim.

Was Lim a communist?

Up to recent times, the official story was that he was and that he was an active user of the anti-colonial students in the lead-up to 1959 and in the battle against other nationalist elements, including those fronted by Lee Kuan Yew.

Lim was PAP too, just like Lee and his team. Hence, history books did give him his due place in the anti-colonial fight for independence, as part of the PAP’s election into office. Lee Kuan Yew has acknowledged his place in Singapore’s early history.

But his place in local politics has actually been seen as more that of a dissident and threat to public order.

Whether or not he was communist was not fully settled. Lee maintained he was. The second Chief Minister, Lim Yew Hock, was determined to have him arrested so as not to give the British Colonial Office any excuse to delay the final steps to self-government and then independence after the London Merdeka talks.

Chief Minister Lim had his own ambition. One rival fewer was one rival fewer. Lim Chin Siong was regarded by him as a communist agitator, more by implication and association than by outright accusation.

Operation Cold Store in 1963, months before the Legislative Assemble election, at one fell swoop roped in 111 leftists and pro-communists which was the catchphrase for people like the former secretary-general of the Barisan Socialis.

From my interpretation and reading, no major Chinese Communist Party leader ever acknowledged  Lim to be their local leader or representative. To the CCP, Singapore was not an entity in the bigger frame. Chin Peng, who led the guerilla offensive against the British and the Malayian govenments , was their designated leader in a pan-Malayan context.

Revisionist historians, such as P. J. Thum, have reiterated from files that have been declassified by Britain that there was no mention of Lim as a communist.

Did Lim shout “pah mata! (beat the police!)” during a speech at the Beauty World which was given as the reason to arrest him?

Yes, says Kumar Ramakrishna, Associate Professor and Head of the Centre of Excellence for National Security at the S Rajaratnam School of International Studies in Nanyang Technological University. He says the tone and language of  Lim’s speech was intended to get his audience to rise against the police.

The author of Lim Chin Siong and that Beauty World speech: A Closer Look says that revisionist historians should judge all political players critically and in the appropriate context.

I believe Lim Chin Siong’s part in Singapore’s history has not been properly evaulated.  But it will come, together with the roles of others.

Singapore Story 101, the official version, has become such a turn-off that whatever patches of truth it may sincerely want to capture for posterity will be rejected.

The history we may see more of will be more rejectionist rather than revisionist.

We may have to go through a ABP (Anything But the PAP) phase where most Singaporeans refuse to listen to or accept any official version.