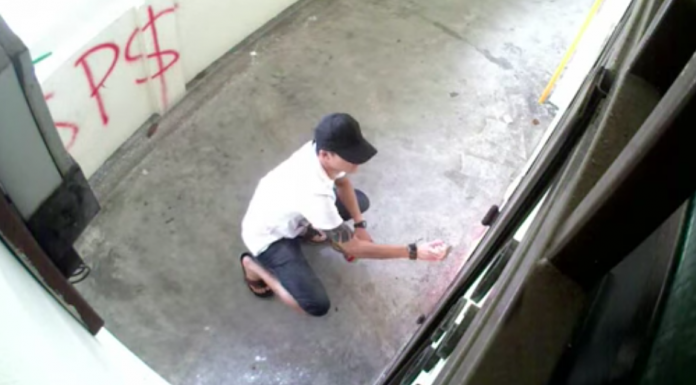 Yesterday, the police released a statement saying that 97 men and 34 women were arrested over the past four days in an anti-loan-sharking operation.

Simultaneous raids were conducted island-wide by the Criminal Investigation Department (CID) and six other police divisions.

The police also released news of a 33-year old man who was arrested for his possible involvement in a case of loanshark harassment involving fire along Ang Mo Kio Avenue 3.

On the 10th of May 2018, the police received a tip on loanshark harassment at a residential unit at Ang Mo Kio Avenue 3.

According to the police report, “The door of the unit was splashed with petrol and set on fire. Officers from Ang Mo Kio Police Division managed to locate the suspect at the nearby block and arrested him. A lighter, paper, a tin with some petrol found in the man’s possession were seized.”

The report also stated that, “Under the Moneylenders Act (Revised Edition 2010), first time offenders found guilty of loanshark harassment shall be fined not less than $5,000 and not more than $50,000 with mandatory imprisonment of up to 5 years and mandatory caning of up to 6 strokes”.