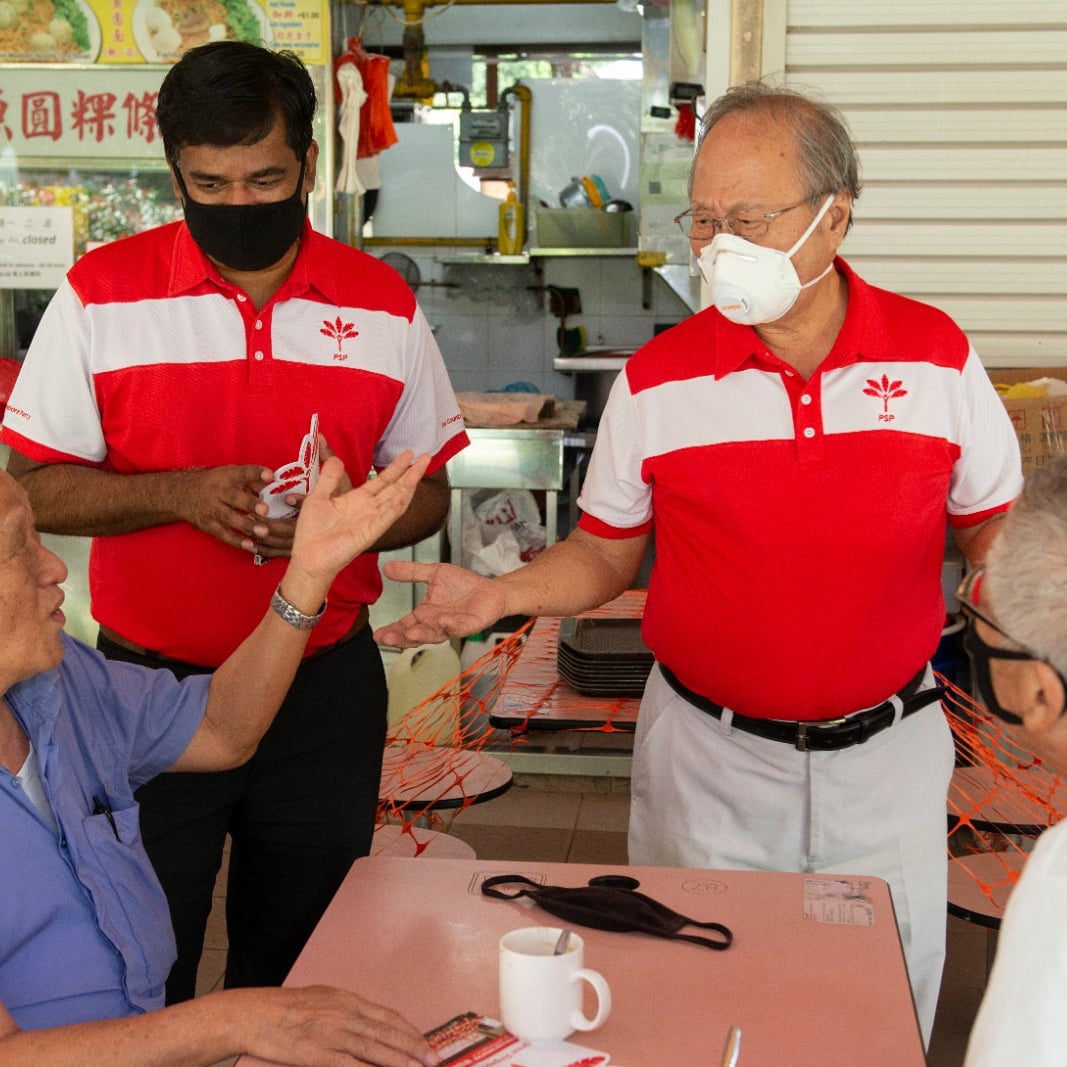 Singapore — An old man fell and got hurt when the stool he was sitting on broke at the Mayflower Market. A visit to the market showed some of the stools were in a poor state.

In a video, Progress Singapore Party’s (PSP) Kumaran Pillai showed how some of the metal bases of the single-leg stools had broken off.

“We have also on the other side (of the market) witnessed an elderly man who took a fall, and he sustained a head injury,” said Mr Pillai.

A resident who witnessed the incident told Mr Pillai: “One man, quite old, was going to sit on the chair. Suddenly the chair dropped, and he was injured.”

He added that members of the Town Council came to the scene immediately to attend to the man’s medical needs.

Mr Pillai pointed out a stool with an extremely rusty base. “There is also this chair over here, it is very rusty. And that is about the case that you see in all the stools in the Mayflower Market”.

The resident said an elderly woman also nearly fell, but she managed to hold on to the edge of the table and prevent her fall.

“But the bigger concern out here is that a lot of stools here are in very poor condition and need replacement and need maintenance and it doesn’t seem like the Town Council or NEA is doing anything about it”, said Mr Pillai.

In 2019, in a similar incident, a 70-year-old man fell off a hawker centre chair and was taken to hospital.