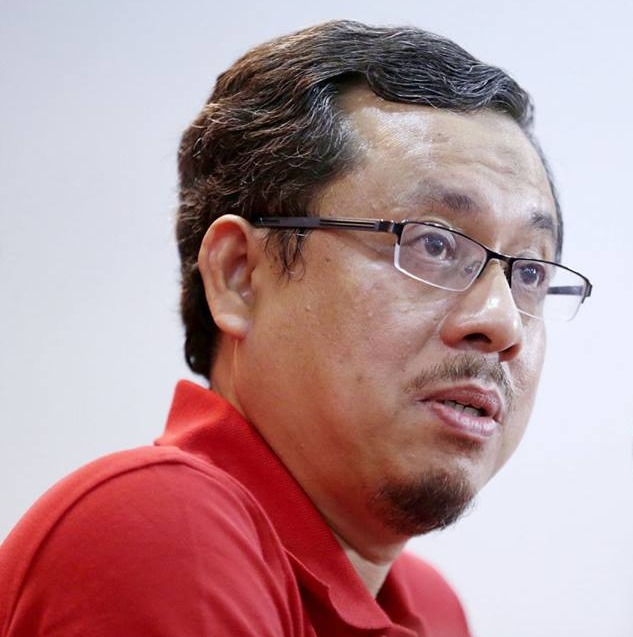 By: Damanhuri Abas
During the malay program ‘Bicara’, Minister for Environment and Water Resources, Masagos Zulkifli reiterated the continuation of the discriminatory policy that has prevented the employment of Malay/Muslim women who wants to don the Tudung/Hijab in jobs such as nursing and other uniformed group services.
Throughout the program, the Minister tried his level best to defend the continuation of the discriminatory policy on several grounds in order to justify it.
His reasoning ranges from the need to be sensitive to the feelings of other races, namely the majority Chinese population which he implied will be upset when they see Malay/Muslim women donning the Tudung/Hijab as nurses, police officers, military personnel, etc., right up to the fear-mongering scenario of the potential opening a Pandora box of misunderstanding and conflict that may lead to undesirable consequences such as racial conflicts for reasons that he deemed too sensitive to be shared to the public.
It is unbelievable that a Minister reasoned almost similarly to a US politician that recently justified the call to ban the entry of all Muslims into his country on grounds that its better to play safe than sorry because Islamophobia is justified.
It is indeed disappointing to hear such unsubstantiated and almost simplistic justification by a person in the position of a Minister in a public broadcast in this time and age essentially addressing the very community that feels discriminated against and who has tolerated patiently to see wisdom from the government to discontinue the archaic policy that has essentially outlived its shelf life.
In truth, Singaporeans of all races have grown accustomed to the presence of Tudung wearing Muslim women in public. They are present as teachers in our schools, as employees in the public and private sectors too and raises no concern whatsoever.
The implied suggestion that their presence is undesirable on grounds that essentially are Islamophobic are disrespectful to those women specifically and insulting to the whole Muslim community in Singapore.
It is dishonest of the Minister to mention that any attempt to challenge this outdated discriminatory policy as dangerous and fiddling with religion and politics. The reality is the Minister and the government is precisely politicizing the issue by not dealing with it as a discrimination matter.
Instead of addressing the growing anger and frustration of the community being discriminated against by this policy, the Minister chooses to confuse it by comparing the government so-called stand on the LGBT community as further justification.
The comparison and a zero-sum approach vis-à-vis the LGBT community, to the issue of discrimination against Muslim women wanting to don the hijab for uniformed group is disingenuous.
Once again, Singaporeans must honestly ask ourselves whether the efforts of the government all this years to ensure the growth and maturity of our different races and religious communities to mutually tolerate and accept one another and celebrate both our similarities and our differences, has indeed succeeded.
By one Minister after another highlighting evidence of failures, it only supports the view that the policies aimed to unite our different communities are flawed and have not produced the desired results and thus have to be reformed and changed to reflect the present times where the communities are no longer separated like in the past and the majority of us, the common folks do live together in HDB flats and chat and interact with one another harmoniously.
Finally, the Malay community has been quoted by 2 studies done by the government’s own think-tank institution namely the Lee Kuan Yew School of Public Policy and the Institute of Policy Study as being the most tolerant and accommodating of all communities when it comes to acceptance of diversity and differences.
Maybe it is time that the focus of the effort to educate our society on tolerance and understanding be on the majority community rather that on the minority. Only then, wisdom based on grounded evidence will prevail instead of baseless justification that borders on political expediency.
—
Republished from Damanhuri Abas’s FB.
Damanhuri Abas was Singapore Democratic Party’s candidate at the last General Election.Follow us on Social Media