The Independent Singapore News
Home News Man wonders if enforcement officers are rude to all people who momentarily...

When Mr Rahman apologised to the enforcement officer and explained why he pulled his mask down which was to have a drink and wipe his face, she replied " I don't care, not my problem..." 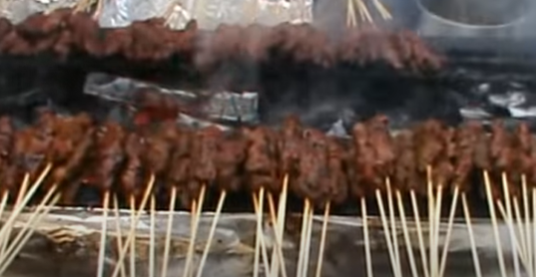 Before making it compulsory for every one to wear masks, food handlers were told that they had to wear them. Mr Rahman, a satay stallholder, shared his experience with an enforcement officer and wondered if what he heard about people allegedly being investigated for defying these orders had similar experiences.

He started off with how he was at his stall with his face mask on. He had noticed a group of one male and two females walking towards the coffee-shop.  Facing the unbearable heat from the satay, he turned around and pulled down his face mask. Following that he had a sip from his drink and used a towel to wipe his face before proceeding to wash his hands and pull his face mask on.

All of a sudden, one of the females from the group who noticed earlier came over to his stall. He noticed the pass she was wearing and realised she was an enforcement person. The lady then told him that she had seen him with his mask down to his chin and that it should cover the nose and mouth at all times in the stall. He apologised to her and explained why he pulled his mask down which was to have a drink and wipe his face. According to Mr Rahman, the enforcer replied ” I don’t care, not my problem. Must cover nose and mouth at all times.” While talking to the enforcer, his mask dropped from his nose, prompting her to tell him that his mask was not properly on now. Mr Rahman said “ok”, pulled his mask back up, and continued with his work. He mentioned that his wife, who witnessed the exchange, was shocked.

Mr Rahman went on to say he agreed with and respected the authority given to the enforcer. However, he wanted her to be tactful when approaching people and to not be rude while adding, jokingly presumably, unless she knew how he could wipe his face and drink with his mask on. He wondered if those who were being investigated for defying the enforcers were treated the same way he was. He ended the post by reminding people to stay indoors and stay safe and to wear a mask if they were going outdoors.