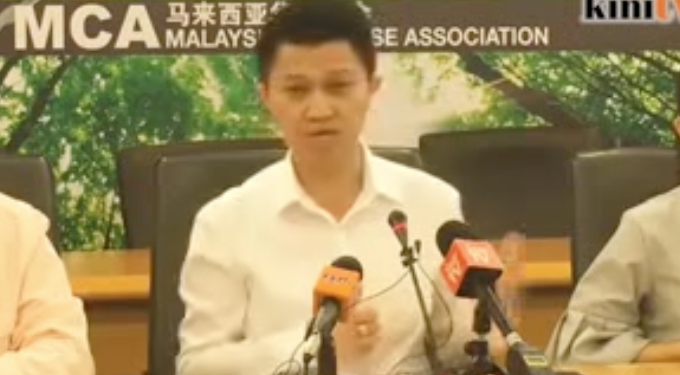 A new straw thrown in the ongoing row on the loyalty of Malaysia’s super rich from the Chinese community with the MCA saying the community is very angry.

They are angry against the ‘vile comments’ made by the Minister of Tourism of Malaysia Nazri Aziz.

“The way Nazri commented on Robert Kuok is insulting towards the Chinese community in Malaysia. He is not targeting only Robert Kuok. He has crossed the border,” said the MCA’s Youth chief Chong Sin Woon.

He also asked Nazri to man up and apologise for his remarks against billionaire Robert Kuok.

He said with freedom of speech Nazri has all the right to comment or criticize anyone but his choice of words like ‘Pondan’ or ‘balless’ and dog.

These are seen as humiliating and insulting the Chinese community.

He said Kuok is not an ordinary person as he is well respected in Malaysia and in Asia.

The row over Robert Kuok started with blogger Raja Petra Kamaruddin spreading news the billionaire is behind the funding the opposition DAP to topple the government.

Kuok is also accused of Malaysian Insight, a Malaysian portal.

Nazri then attacked Kuok over the allegations of plotting against the government.

Tourism and Culture Minister Nazri Abdul Aziz has thanked Robert for the clarification but also said that he wouldn’t apologise for calling him a “pondan”.

But the MCA youth chief said Nazri has openly insulted the Chinese though the latter said he only attacked Kuok.
“The Chinese are angered now,” he said.