Malaysian passes away in forklift accident at Jurong 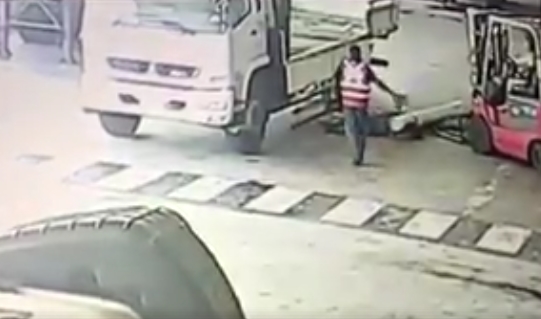 A Facebook group dedicated to accidents involving Malaysians shared a CCTV video of an accident which happened in Jurong. It is unclear when the accident happened, but the facebook page claimed that the lorry driver who died in the accident is a Malaysian.

The video showed a forklift carrying heavy loads above the lorry driver’s head, when it fell on him. Workers who were shocked by the accident can be seen running towards the fallen lorry driver. The post has gone viral with over 2,000 shares.

Update: Channel NewsAsia has since identified the man as a 54-year-old, and that he was pronounced dead by paramedics at the scene. The incident happened at CWT Logistics Hub, at 52 Tanjong Penjuru on Tuesday (9 May) at about 10.30pm.Follow us on Social Media