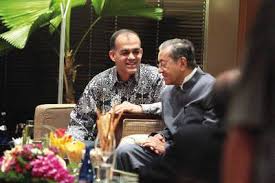 Media Prima is a public listed media company where the Umno had an 11.09% stake. The party sold the stake to Syed Mokhtar, making him the third largest shareholder.

Now that is has fallen into Syed Mokhtar hands, will it become a Mahathir paper?

A definite change is shaping up in Malaysia’s media landscape now, but it is not one that most people would have wanted.

Pakatan Harapan came to power on the basis it will free the media, but with Dr Mahathir’s man taking a firm grip of Media Prima, it is another ball game.

Malaysians were hoping to see a new golden age in the local media after the Pakatan swept to power, defeating the incumbents from Barisan Nasional.

But there was a stagnation in local media, with many old faces still dominating the scene and playing their cards against the Pakatan.

The two other largest shareholders are Mitsubishi UFJ and Employees Provident Fund and The Edge says Umno is now left with a 7.96% stake in Media Prima through Altima Inc, reports The Edge.

In 2014, Syed Mokhtar completed the purchase of The Malaysian Reserve – staff of the financial daily. The paper became a mouthpiece for Dr Mahathir with then PM Najib Razak threatening a crackdown on the publication.