LETTER: Disappointed that POSB does not provide mortgage loan for 2-room HDB flats 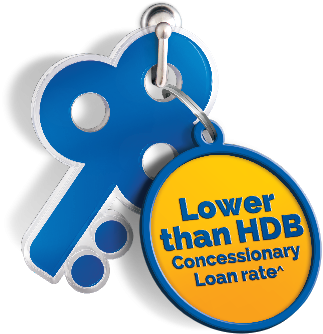 InternationalBusiness & Economy
- Advertisement -
The following is a letter from our reader Terence Lim.
—
I have always thought that POSB is the people’s bank, until today.
I went down to the bank’s clementi branch to apply for a $100,000 home loan for a new 2 room HDB BTO. The bank’s Relationship Manager referred me to a mortgage specialist who attended to me an hour later, and that too, to tell me that DBS does not provide mortgage loans for 2-room HDB flats. I assume that this is the case for all local banks.
I always wonder why the poor gets poorer while the rich gets exponentially richer in this ponzi fiat monetary system. If the poor is forced to apply for a 2.6% HDB loan and cannot even arbitrage the interest rate differential between DBS’ ~1.8% home loan and CPFOA’s 2.5% (3.5% for 1st 20k), they are potentially losing a few thousand bucks over the tenure of the loan.
While a few thousand bucks is chump change to our dear Singapore leaders and the management at DBS, it is plenty to a Singapore Citizen who is earning a mere 2% of Piyush Gupta’s annual salary.
I hope the government of Singapore and POSB can get its act together and do more for its citizens.
As an aside, I received exactly $0 in subsidy from the HDB because I was out of a job the year before my application. HDB requires all applicants to be working at least 1 year before application, to receive some form of subsidy. My MP’s letter to HDB did not help in the least even though I was already employed for a pittance of a pay when I applied for the flat.
Isn’t the poor getting poorer in Singapore?
—
Letter was edited for publication. Readers may send us your letters at writers@theindependent.sg.