The Independent News
International Asia Kind family in Manila give grandma the benefit of the doubt when...

Kind family in Manila give grandma the benefit of the doubt when she asks for money for blood donations, despite blood donation scams elsewhere in the city

“Even if it turns out that she was lying, we don’t regret helping her because she really looked old and weak,” said Yvonne 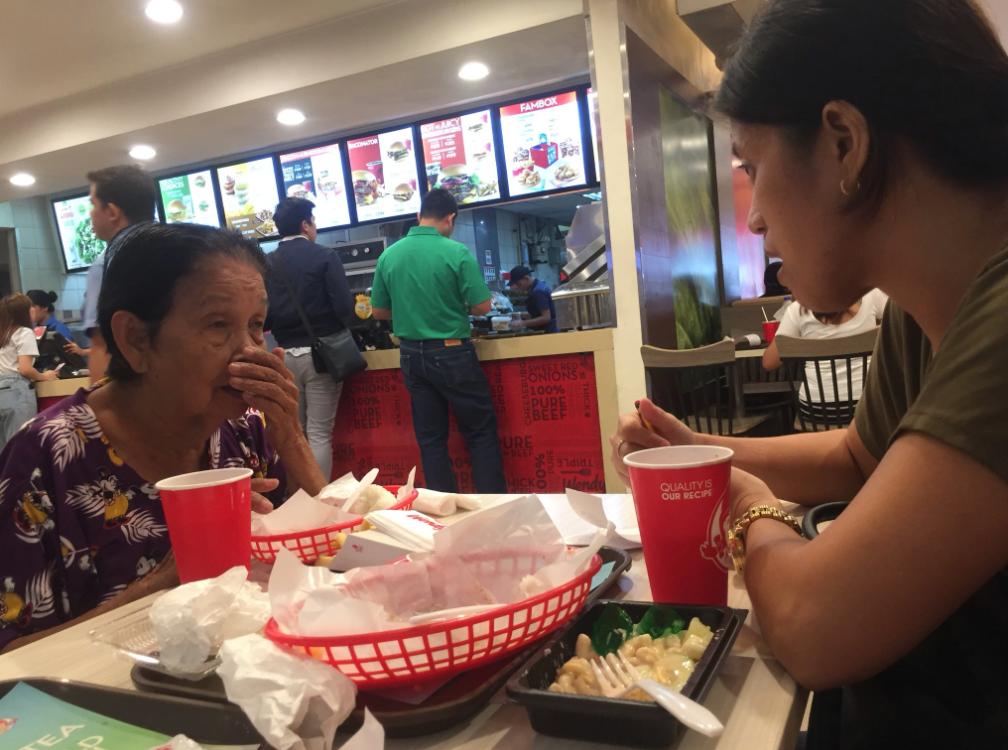 Manila, Philippines – A Filipino family was approached by an 85-year-old lady asking for a donation for her grandchild while they were dining out and she received some heartwarming help. However, the possibility of the whole thing being a scam remains.

Beggars on the streets of Manila are a common sight. They usually approach you with their stories or simply ask you to buy a Sampaguita (a sweetly scented tropical flower) which you can hang in your car so that they have enough money for a meal. Some sing to you on a jeep, try to wash your windshield, or not leave you until you give them something.

Unfortunately, things are not always what they seem. These beggars have their own  modus operandi. Kids selling Sampaguita for instance could be working for a syndicate; therefore, the public is advised not to hand out money.

Food is a safe option, which is why many motorists have biscuits and snacks in their cars, specifically for such occasions.

A similar incident happened to @clizyvonne_ (Yvonne) who shared he experience with someone asking for help.

She posted on Twitter on July 5 about a grandma who approached them and asked for a little help for her grandchild who needed four packs of blood. They only had two.

@clizyvonne_’s mom first asked the grandma if she already had lunch, to which the elderly lady said no.

“So momma bought her lunch and talked to her…she is 85 years old already omygosh,” said the tweet.

According to Yvonne, the grandma came from a far area and went to the city to look for help.

She added in Tagalog that the grandma’s story moved them to tears.

“After a while, I saw my mom crying, which only made me cry. Because don’t we all have a soft spot for grandmas?” she wrote.

“My mom gave her money to buy blood,” she added. “My mom has the kindest heart.”

In a follow-up tweet, she explained that they don’t regret extending a helping hand even though there was a probability that it was a scam.

“Even if it turns out that she was lying, we don’t regret helping her because she really looked old and weak,” said Yvonne. “Nothing bad happened to me and my mom.”

“But we really hope she was telling the truth…I think she was because I felt how thankful she was.”

In another tweet, she wrote, “And her smile was really pure. But still, stay safe everyone.”

The reason for @clizyvonne_’s warning for everyone to stay safe is because of a very similar modus involving an elderly woman walking the streets asking for blood donations.

However, she will not let you take her to the hospital where her sick daughter or grandchild is confined in; nor will she allow you to take her to the nearest Red Cross or hospital.

Instead, she will try and lead the victim, usually call center agents, to the nearest bus stop where the victim will be forced into a waiting vehicle.

This grandma has been roaming different cities in Manila since 2010.

The latest was in August 2018. Read about the encounter below:

A detailed post on the grandma and her request for a blood donation, whether it is the truth or a scam, can be read here. -/TISG

so this lola approached us and asked for us a little help because her apo needs 4 packs of blood but they only have 2, so my SOFT mom asked if she had her lunch already, lola said no so momma bought her lunch and talked to her,,,, she is 85 yrs old na omygosh ☹️☹️ ++ pic.twitter.com/53BVy1OsBy