The Independent News
Home News SG Politics Joo Chiat has been chopped, changed and moved - So has Charles...

Joo Chiat has been chopped, changed and moved – So has Charles Chong 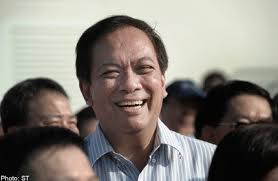 So they are moving MP Edwin Tong from soon to be defunct Moulmein-Kallang GRC to Marine Parade GRC with specific focus on Joo Chiat. But let’s pause a moment and consider this move carefully as this also affects another MP Charles Chong who is also chopped and moved to Punggol East SMC.

First, it was gerrymandering that created MK GRC and it is gerrymandering that has caused it to disappear into the history books. The loss of identity of a community is surely very profound as KM was merely created just at GE2011 and then by GE2015 it is no more. The good people MK GRC are surely confused as to why there was a need to build this GRC up, all the posters and all the events and then suddenly you wake up one morning and you are told it ceases to exist. What should the good people of MK GRC make of all of this, that they can be subject to chop and change of their ward and its MPs and you have no say in it or do you?

Second, many would say that Edwin Tong has been doing a fine job as an MP of MK GRC. The people took to him. He took to the people. The relationship was forged.  Now suddenly it is being severed. What should the good people of KM GRC make of all of this, that they are to give way for political expediency and they have no say in it or do they?

Third, the good people of Joo Chiat were a whisker away from dumping PAP and Charles Chong. So by moving Charles away, is this an admission that Charles has been a failure and made little headway in winning over Joo Chiat. Charles could have been inducted into Marine Parade GRC team.  What should the good people of Joo Chiat make of all of this, that that they can be subject to chop and change and you have no say in it or do you?

Charles Chong is apparently due for his own chop and change suicide mission to Punggol East SMC. He seeks to take on Lee Li Lian, who soundly defeated the colorectal surgeon that PAP parachuted in as the ‘Son of Punggol’ and others who even lost their deposit. Her resounding victory must have caused shockwaves and she has been working the ward diligently and is known to be quite a favoured MP of Punggol East. So, does Charles Chong stand any chance of defeating Lee Li Lian?

With all of this gerrymandering, chop and change, movement of incumbent MPs, the message from PAP appears to be very clear. You vote for the party and not the personality regardless of who they throw at you. PAP will chop and change as it deems fit and it will move its existing slate of MPs, even have them replaced with new untested potential MPS as it deems fit. You, the average voter have no say as to who PAP decides will run in your ward. It makes perfect sense from PAP’s perspective, as it is its own party and does not need to consult with anyone as to who it decides runs on its ticket. But it does appear that it is all about winning elections and if chop, change and move is necessary, it will do so. I suppose a voter has only one say through the ballot box. The voter can accept the chop and change or reject the chop and change.