Is Facebook’s Big Newsfeed Change for the Better? Netizens Are Unsure 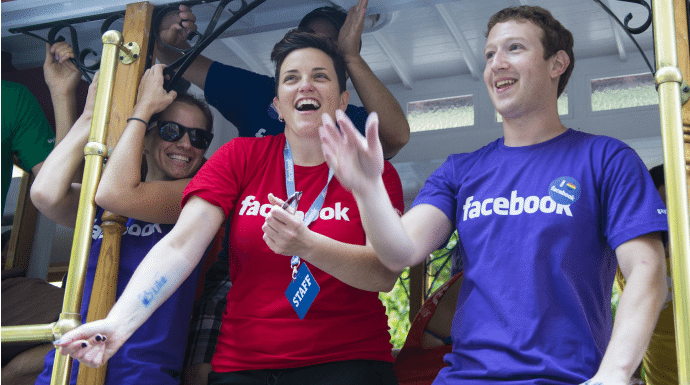 Facebook founder Mark Zuckerberg recently announced the most significant change to its newsfeed since the social media giant began in 2002. Facebook is changing the design of how posts and pages are ranked, determining what users can see daily. In effect, Facebook is changing the content of the news and information that billions of people get to view every day. Netizens have weighed in on the issue, with many, especially owners of business pages, expressing dismay.

This possibly suggests that Facebook’s founders and designers want to fix something wrong with the site. As Mr. Zuckerberg wrote in his post, “But recently we’ve gotten feedback from our community that public content — posts from businesses, brands and media — is crowding out the personal moments that lead us to connect more with each other.”

Mr. Zuckerberg goes on to say, “Based on this, we’re making a major change to how we build Facebook. I’m changing the goal I give our product teams from focusing on helping you find relevant content to helping you have more meaningful social interactions.”

The first major change is to Facebook’s newsfeed. “We started making changes in this direction last year, but it will take months for this new focus to make its way through all our products. The first changes you’ll see will be in News Feed, where you can expect to see more from your friends, family and groups.

As we roll this out, you’ll see less public content like posts from businesses, brands, and media. And the public content you see more will be held to the same standard — it should encourage meaningful interactions between people.”

What Facebook is actually doing is changing the algorithm that determines the ranking of posts on users’ newsfeed. This algorithm decides the relevance of posts to users, and ranks posts accordingly. The new algorithm will show more posts coming from friends and family over those that come from brands and businesses. This means less news items or posts from shops and businesses, and more from the people you are friends with.

Mr. Zuckerberg also said in his post that due to this change he expected people to spend less time on the site, which may have caused the stock price of the site to take a plunge after the announcement.

He made it clear that the main reason for the change was to strengthen personal connections, which is what the site is for, ostensibly. However, another reason for the change may be to give Facebook the ability to charge higher rates for advertising, since it will become more difficult to get on people’s newsfeeds. One more reason is due to the fact that if people are posting less personal information about themselves, a phenomenon known as “context collapse,” it’s likely that Facebook will have less information they can use for selling advertisements.

Other Facebook users, especially business owners, expressed dismay at the change, fearing that the money they’ve invested for promoting their pages is all for nothing, since it will be harder for others to see their posts.

Still, others endeavored to point out to Mr. Zuckerberg that, at the end of the day, Facebook is a profit-making business.

And there are also other commenters who asked Facebook to give users a more individual experience, instead of having one algorithm for everyone