Hundreds of Singaporeans have shared that they were irked by ruling party parliamentarian Indranee Rajah’s explanation that the reason why she asked patrons of a food centre she visited during a recent walkabout where they are from is so that she could “get a sense of the profile of the customers.”

The Minister in the Prime Minister’s Office offered that explanation as she rebutted claims that she was spurned by a “true blue Singaporean” during walkabout at Tiong Bahru market last Sunday.

While some Singaporeans responding to Indranee’s clarification urged her to be “more humble” and felt that she still “lives in the ivory tower,” others picked up on what she said about how she asks the people she meets during walkabouts where they are from.

Quoting Indranee’s words, Facebook user Bruce Wee posted the following picture online, indicating that an MP asking the people where they are from symbolises “the sad state of Singapore”.

"I usually ask where they are from to get a sense of the profile…"~ Indranee Rajah, Jul 2018

Wee’s post went viral online, garnering over 500 shares and almost 150 reactions on his own page, on top of an additional 270+ shares and 650+ reactions on another Facebook page that re-posted his photo.

Hundreds of Singaporeans responding to Indranee’s explanation appeared to feel disenfranchised while some added that an MP must really be out of touch from the ground to have to ask residents where they are from: 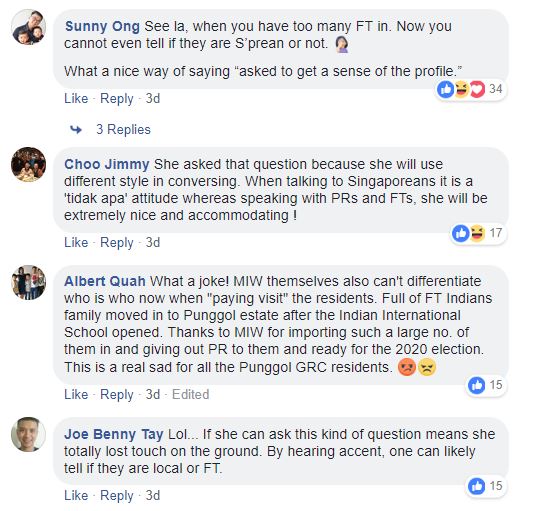 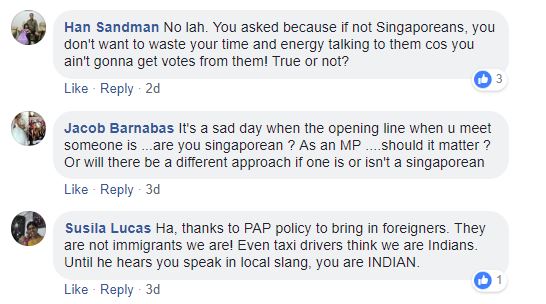 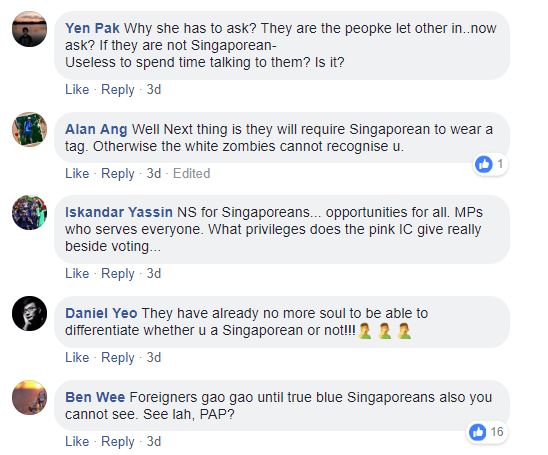 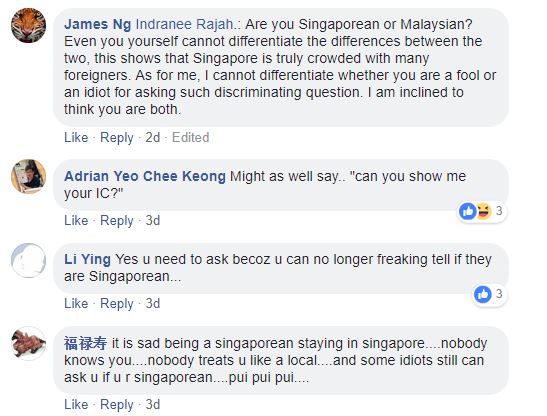